Trump is trying Middle East Peace plan 2.0 after the first one flopped 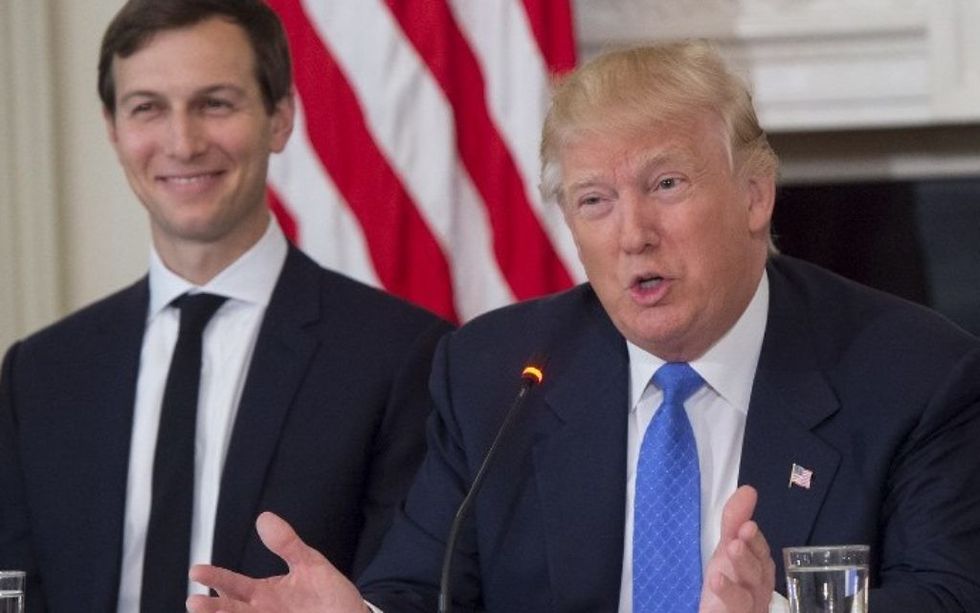 President Donald Trump is scheduled to submit his second Middle East peace plan after the first one senior son-in-law Jared Kushner came up with didn't go over very well.

“We'll start a process which hopefully will lead to peace,” Trump said. “Over the course of my lifetime, I've always heard that perhaps the toughest deal to make is the deal between the Israelis and the Palestinians. Let's see if we can prove them wrong, okay?”

Last summer, Kushner's peace plan was said to be the "deal of the century." But it not only fell flat, it drew ridicule for how long it took, how simplistic it was, and how much of a failure the rollout was.

Yousef Jabareen, an Israeli member of parliament who will serve on the Arab-dominated Joint List in September’s elections noted that the plan does nothing to those living in Gaza or the West Bank. No Palestinian representatives were even invited to attend Kushner’s gathering.

“We believe that any initiative that denies the Palestinians the right for a sovereign independent state alongside Israel should be rejected,” Jabareen told the newspaper. “Unfortunately, what we have been hearing from the Trump administration is talk about the economic aspects of the conflict, but nothing about the politics.”

Israeli security experts similarly attacked the plan, saying that it could blow up the Middle East, because it foolishly assumed they could dangle promises of wealth to the Palestinians and get them to sign on. It never worked in the past, but Kushner thought it would under Trump. It was ultimately denounced by the Palestinians, sending the Trump administration back to the drawing board.

Kushner was even the butt of the joke on John Oliver's HBO show "Last Week Tonight."

“If we have a peace, and there’s not a fear of people doing terrorism then all of a sudden we can really fend the borders and allow for much faster flow of goods and people,” Oliver played a clip of Kushner telling a room full of Middle East leaders.

“Yes, after thinking about it, Jared arrived at the conclusion that the Middle East would be better off if people stopped ‘doing terrorism,'” Oliver mocked.

In December, Trump proclaimed at a Florida rally that Kushner was still the savior. He claimed that if Kushner can't achieve peace between Israel and the Palestinians, then “it can’t be done."

So, after claiming Trump is trying again. Axios reported Sunday that a source said the president is trying to decide whether to pitch his 2.0 plan before the March elections in Israel.

After the billionaire conference in Davos, Kushner will travel to Jerusalem to participate in the Fifth World Holocaust Forum. He'll meet with embattled Prime Minister Benjamin Netanyahu and Benny Gantz of the Blue and White party. He'll, again, neglect the Palestinians, which will likely mean the second attempt won't be achieved by Trump's election in 2020.