Why it’s wrong to refer to the ‘cult of Trump’ 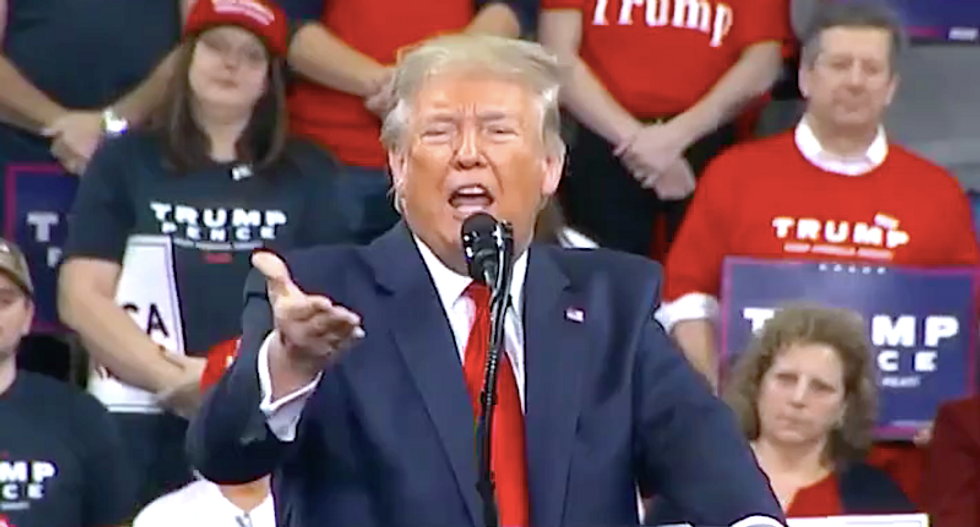 The recent events in Iran have led many to rail against a supposed “Trump cult.”

But suggestions that supporters of U.S. President Donald Trump are exhibiting cult-like behaviour isn’t helpful in an era of significant political polarization.

As those of us who study new religious movements often say, a cult is just a religion that you don’t like — and that pertains to political parties too.

Since Benjamin Zeller, an American scholar of new religious movements, published “The Cult of Trump? What ‘Cult Rhetoric’ Actually Reveals” last fall, allegations that Trump has spawned a cult are appearing more frequently in the media.

One journalist called upon his peers to “to realize that when political parties and leaders begin behaving like a cult, we should think about reporting on them as such.”

And Steven Hassan, a former member of Sun Myung Moon’s Unification Church who is now a self-described cult deprogrammer, argues in a new book that Trump is a cult leader.

What does it accomplish to allege a Trump cult?

Generally, it substitutes a value judgment in place of a sorely needed argumentative analysis of how voters generate their own political feelings, fantasies and attachments. And this feeds the cycle of polarizing political identities and political institutions.

Examples from Twitter, the media and in Hassan’s The Cult of Trump highlight instructive differences in how the cult concept is being used — and its impact.

Hassan argues that Trump supporters have been “brainwashed” by a charismatic leader. He sees them as deluded zealots who need his help to “wake up from the Cult of Trump.”

Hassan’s approach ignores their agency as well as decades of public education from organizations like INFORM, an independent educational charity that provides information about minority religions and has done important work on discrediting concepts of “brainwashing,” “deprogramming” and “cults.”

It’s worth remembering that the suggestion that Republican leaders were “chosen by God,” as former energy secretary Rick Perry recently described Trump, is nothing new. It was all the rage under George W. Bush and other Republican politicians who have catered to evangelicals.

Without question, Trump’s insistence that “we have God on our side” in the upcoming 2020 presidential election poses a problem for journalists and for public life.

But to describe the entire party as a cult lead by Trump is problematic. If journalists are going to heed calls to refer to the party as a cult and its supporters as cultists, they must define what cult means. Otherwise, they are assuming that a cult is some obvious phenomenon and everyone knows what the word means.

The term cult is used frequently by Trump critics on social media. As he criticized former United Nations ambassador Nikki Haley’s defence of the Confederate flag, one commentator tweeted:

“Pretty telling that it’s a rite of passage into the Cult of Trump and the modern Republican Party that you have to publicly legitimize the Confederacy, a racist, treasonous, nightmarish dystopia founded on white supremacy and stark economic hierarchies.”

In this example, the cult comparison is incidental to the commentator’s argument about Republican ideology and partisanship. He isn’t arguing that Trumpism is a cult in any serious sense. Cult serves as shorthand for Trump’s base that simply adds a rhetorical flourish to a condemnation of Trump supporters on the grounds of their political beliefs.

But whether literal or figurative, cult discourse hurts critics’ ability to understand Trump’s appeal. The cult diagnosis isn’t a reasoned argument, or even an objective description: it’s moral denunciation.

There’s no question Trump policies that hurt people and endanger the world should be denounced. But the cult epithet doesn’t speak to those policies; it draws a line between Trump opponents and Trump supporters. And it oversimplifies the way people think and feel about their own beliefs and those on the other side of that line.

So why is it used so often?

It turns out that avoiding the temptation to make in-groups and out-groups — meaning dividing social groups into those who believe what we believe and those who don’t — is very difficult.

U.S. politics professor and author Lilliana Mason recently argued that it takes very little to activate a sense of group identity in people, and lead them to become hostile towards the out-group.

Indeed, the fact that we’re all susceptible to this kind of in-group/out-group thinking shows that politics is not just about reason, it is also about emotion. Political emotions are often layered with religion for Trump-supporting evangelicals who believe in a tough love that will lead to salvation for America. 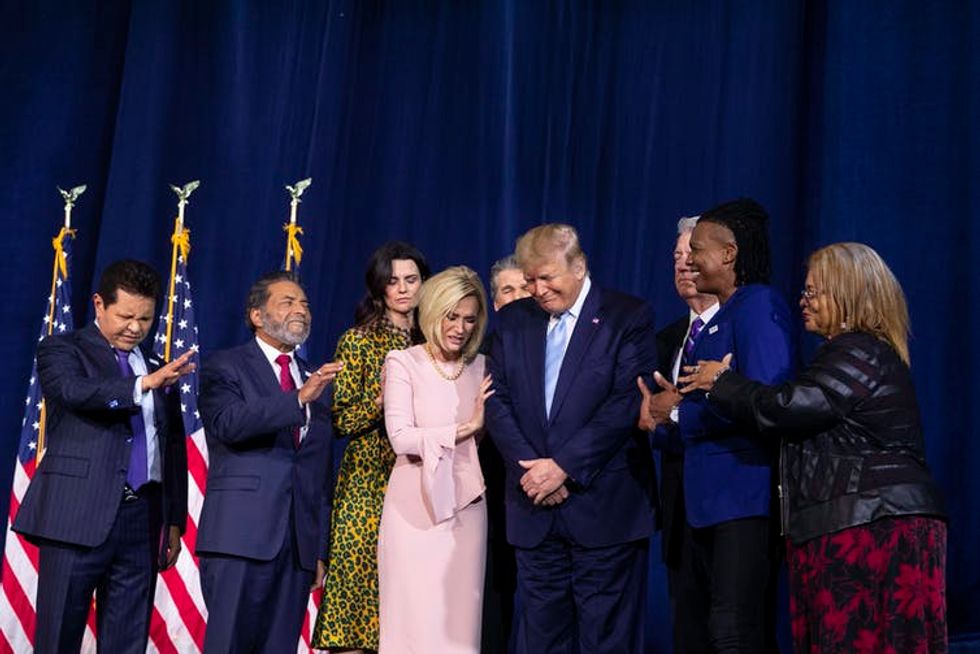 Faith leaders pray with Trump during an ‘Evangelicals for Trump Coalition Launch’ in Miami on Jan. 3, 2020.

To dismiss such people as being under the sway of a cult misses what Trumpism offers them. It therefore makes it harder to understand Trump’s power. It also makes it more difficult to understand the circumstances of Trump supporters’ lives. It makes other people’s feelings seem foreign, when they may be fundamentally common.

In conclusion, while there are many legitimate ways to critique Trump, demonizing his voters doesn’t help us understand why they are attracted to him, how their worldview has developed and how to do something about it.