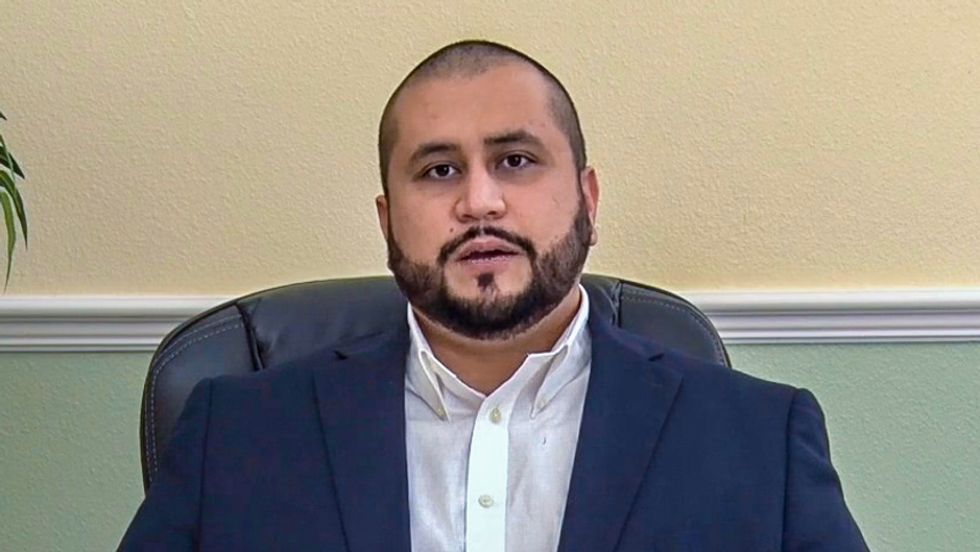 The man who killed Trayvon Martin was never held accountable for his crime, but he's spent the years since his acquittal blaming other people for persistent problems in his life. The latest news on George Zimmerman is that he's suing presidential candidates Sen. Elizabeth Warren (D-MA) and Mayor Pete Buttigieg.

According to the conservative Washington Times, Zimmerman is accusing the Democrats of “maliciously defam[ing]” him by using the killing of Martin “as a pretext to demagogue and falsely brand Zimmerman as a white supremacist and racist to their millions of Twitter followers.”

“The obvious intent of Buttigieg and Warren’s Tweets is alleged race-baiting, in an attempt to draw African American votes during this Democrat presidential primary season,” Tea Party gadfly lawyer Larry Klayman said in a statement.

“Both defendants, Buttigieg and Warren, are alleged in the complaint to have acted with actual malice, as it is widely known that Zimmerman was acquitted of murder based on self-defense,” the statement said.

In 2019, Zimmerman filed a $100 million lawsuit against Martin's family, newspaper publishers and prosecutors in the case for defamation and alleging a cover-up. Zimmerman allegedly threatened musical superstar Beyoncé over a documentary about the slaying of Martin.