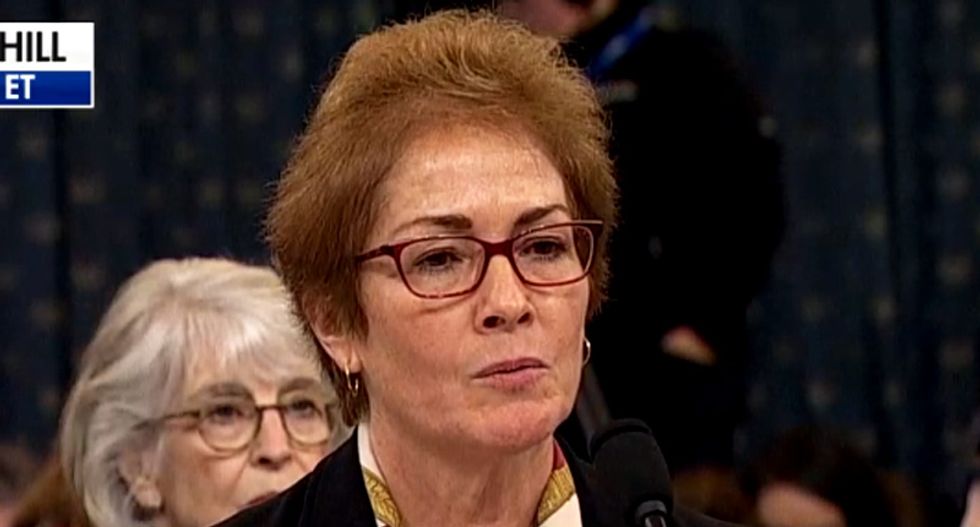 Marie Yovanovitch, the former American ambassador to Ukraine who announced her retirement last month after being subjected to a smear campaign on behalf of President Donald Trump's allies, has written a scathing editorial for the Washington Post that raises fears about the future of American democracy.

In the op-ed, Yovanovitch describes her dismay at being ousted from her post after Trump attorney Rudy Giuliani and his henchman Lev Parnas worked to spread false stories about her work to destroy her reputation.

"I have seen dictatorships around the world, where blind obedience is the norm and truth-tellers are threatened with punishment or death," she writes. "We must not allow the United States to become a country where standing up to our government is a dangerous act. It has been shocking to experience the storm of criticism, lies and malicious conspiracies that have preceded and followed my public testimony."

Yovanovitch also warns of the danger of pushing out career civil servants with consciences and replacing them with Trump loyalists.

"Our public servants need responsible and ethical political leadership," she writes. "This administration, through acts of omission and commission, has undermined our democratic institutions, making the public question the truth and leaving public servants without the support and example of ethical behavior that they need to do their jobs and advance U.S. interests."