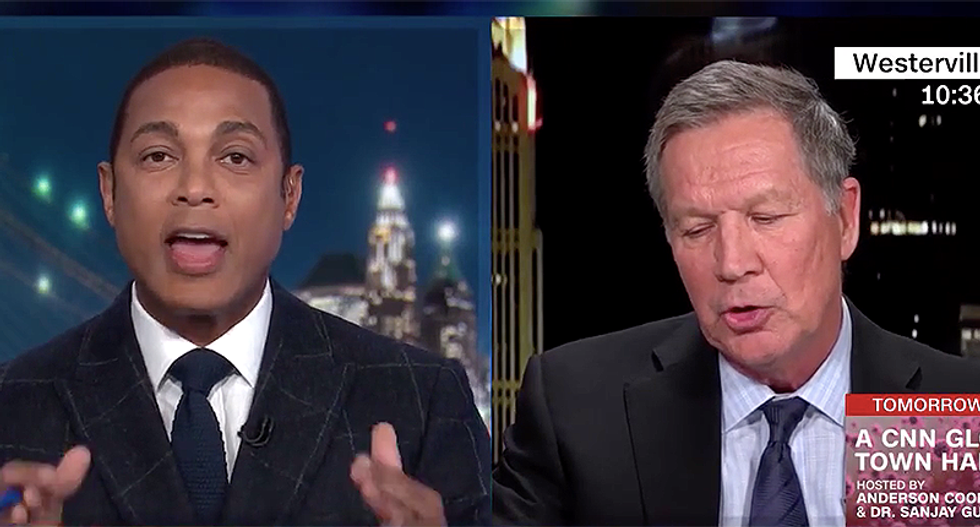 Kasich said that the president was overreacting with the travel ban because "it's like a hurricane," where there are many many warnings that come out for an abundance of caution.

"And you said -- listen, you said the president should stick to the script," Lemon continued. "I don't know if he stuck to the script or not. But whatever script he read was wrong because they've had to clarify it several times. And I just got to say; if the president came out to calm people's fears, he didn't do a good job of it because they've had to come back and clarify it several times. And this has been going on long enough for them to get it straight. We need straight, accurate information from this president and this administration, and we're not getting it."

Kasich finally answered, but Lemon asked why he was tip-toeing around the idea that Trump is inadequately responding to the crisis.

The White House has now had to walk back three of the statements Trump made during his national address.

Watch the scene below: