CNN's Wolf Blitzer: 'It's clear that the doctors scared Trump telling him 2.2 million people could die' 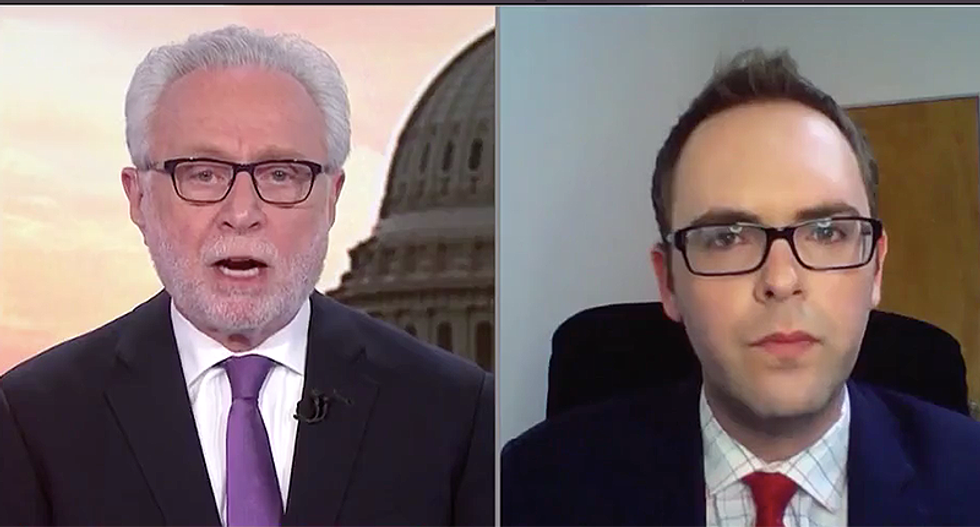 "A lot of this was inaccurate," said Dale. "There were two remarkable moments where the journalist recited Trump's own word, and he denied what he said. First is PBS's Yamiche Alcindor who said that he had said on Fox News that he did not believe the governors, such as the governor of New York, actually needed the amount of equipment they said so. And he responded, 'I didn't say that,' and he attacked her for being threatening and for not being nice. His denial is false. Our own Jeremy Diamond recited his own words, and he denied saying that. We have been accurately quoting him. He said in that answer, 'Well, I don't call myself, but I don't tell Mike Pence not to call.' On Friday he said, 'I say to Mike, don't call the governor of Washington or Michigan.' This is a contradiction of what he said on camera, and we heard."

Dale also noted that Trump seemed to blame the CDC test problems on something that had been done by the previous administration. Last week, Trump aides has outright said that the Obama administration had left the White House without supplies for these test kits. Coronavirus didn't exist until Nov. 2019. Trump has been in office for three years; it's unclear why nothing has been done in that time if he identified a problem.

"Ranging from the New York Potential quarantine, after he talked to the governor of Florida. Talking about opening the country up on Easter... and in each instance, of course, he cannot admit he made a mistake. Today he said, when he was talking about Easter, it was 'aspirational.' He did not say it was aspirational. He said he would love to do it. And when the president of the United States says that the doctors clearly went crazy about it. Can you imagine what they had to go through sitting in a room trying to present the president of the United States with this evidence, by the way, that he should have had last week when he made that pronouncement or idea or threw it out there. You don't just throw out ideas in a pandemic when you're president of the United States."

Blitzer went on to note that it's clear the doctors scared the president by telling him that if measures weren't taken, 2.2 million people could die.