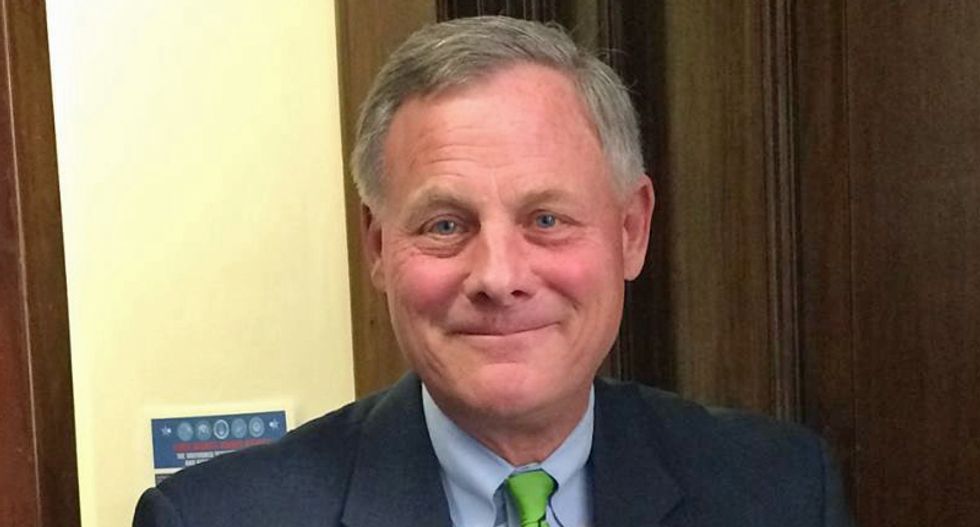 A damning ProPublica report on Thursday revealed that Sen. Richard Burr (R-NC), the chair of the Senate Intelligence Committee, sold off roughly $1.6 million worth of stock as he was receiving briefings on the coronavirus outbreak, but before the stock market plunged. The allegation resulted in outrage and calls to resign.

After the story broke, an aide to Burr issued a statement disputing the report — but the actual defense the aide offered for Burr's behavior doesn't make an sense:

The thing is, that's the entire point. The whole way insider trading works is that the seller, acting off of non-public information, places the transaction before the market goes down. If Burr had waited until the market was dropping, and the public reaction to coronavirus was fully settled in, that would have been fine.

As it is, Burr's admission that he sold at the top of the market just makes it all the more damning.

Indeed, the author of the ProPublica story couldn't help but notice that Burr's defense was lacking.

Burr, notably, was one of only three senators to vote against passage of the STOCK Act in 2012, which limited the ways members of Congress could use non-public information in stock trades. Back then, he called the measure a "waste of time" and even boasted that he was "brave" for voting against it.