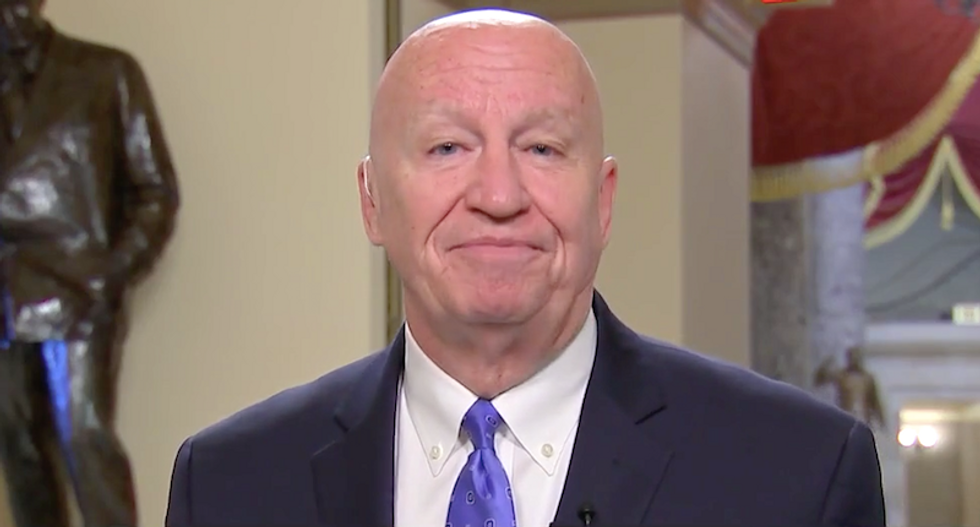 MSNBC host Ayman Mohyeldin hammered Texas Republican Congressman Kevin Brady over his fellow Texas Republican, Lt. Gov. Dan Patrick, saying on Fox News that Americans should be willing to risk getting coronavirus and dying so that younger Americans are able to save Wall Street.

Patrick appeared on Fox News's Tucker Carlson on Monday evening to encourage the country to get the virus and risk death, assuming that young people would survive it. While previous outbreaks in countries have had mostly older people die of the virus, already younger people in the United States are dying or coming close to death. One child in Iran died at just 6-years-old and a 12-year-old Georgia girl is fighting for her life in the U.S.

Brady ranted at the MSNBC host saying he "cherry-picked" the segment as some sort of "gotcha" moment on television. Patrick is the second-highest official in Brady's home state.

"So, first, I never watched the cherry-picked segment and make an opinion based on that," he said after watching the clip played before the question. "I would like to see the entire discussion. I know this in Texas, our governor and lieutenant governor have made some smart decisions that allow our local communities really to lockdown where they thought it made sense, the counties where it didn't make sense to do that."

He said that he thinks they've done a great job trying to contain the virus without doing a "stay-at-home" order that other states are implementing.

"I think in the economy, what I do think, as well, for those of us who are young and healthy, you know, this virus loves crowds and attacks the elderly. I think the work we're doing in social distancing and personal hygiene is helping constrain this virus. So my feeling is, look, let's lockdown this virus. Don't lock down the entire economy. We've got some big challenges ahead still in this health care world."

Given the economy is made up of people, Brady may not have a choice.