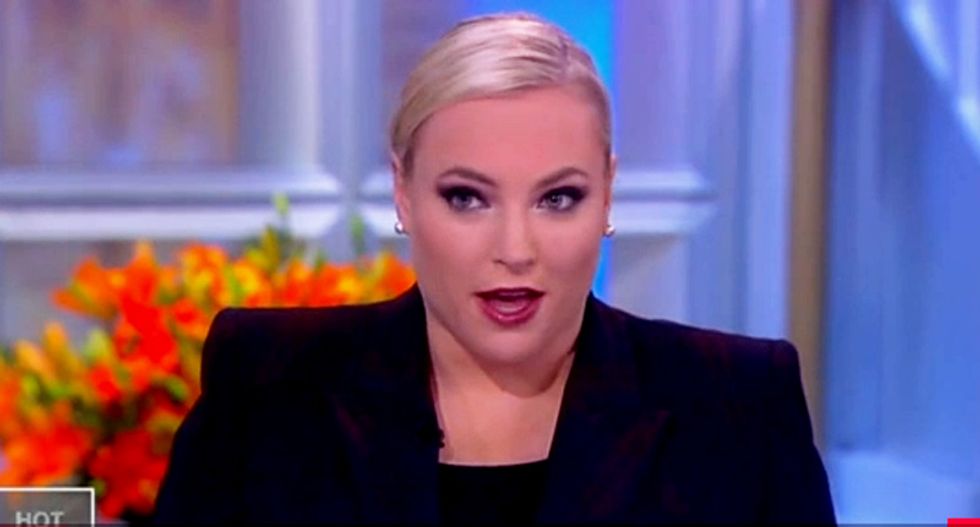 Conservative commentator Meghan McCain sounded the alarm about President Donald Trump and reckless behavior, saying that the response to the coronavirus has been too slow and people are being irresponsible.

During Tuesday's episode of "The View," both Joy Behar and Whoopi Goldberg decided to sit back and stay isolated to keep themselves safe from a COVID-19 infection.

McCain cited a series of videos that is being circulated from Italians explaining what they know now that they wish they knew weeks ago, about the time the United States is at in the timeline thus far.

"I've been sounding the alarm on this show. You can go back weeks when we had Dr. Ashton on and I was pretty defiant because I'm a child of the internet," McCain explained. "I saw this video yesterday which I implore everyone to watch, Italians giving a message, 'what I wish I knew ten days ago.' Now it's a worst-case scenario. I saw a video last night on Twitter of an Italian hospital being completely overrun. They were showing what looks like Chernobyl. People on ventilators. Part of the problem is the administration is saying one thing, Trump is saying it's just the flu. Well, it's I believe 30 times more contagious than the flu?"

Dr. Oz, who was a guest host of the show, explained that at this point they believe it is about thirty times more contagious.

"And the idea that I think people like West Virginia Gov. Jim Justice, who's saying people go out to Bob Evans, you want to go to Bob Evans, people are encouraging people to go out!" McCain exclaimed in fury.

"This is so far past the tipping point in ways that I don't understand people can realize and I have been furious, furious at Baby Boomers and millennials for people to have the hubris and arrogance to ignore what's going on!" she shouted. "You think this is fine, it's not fine! Look at the video I just told you about Italians giving us a warning. It's a canary in the coal mine and I worry about the lack of testing and the seriousness on the administration's part that we are way too far gone at this point."

Watch McCain sounding the alarm below: