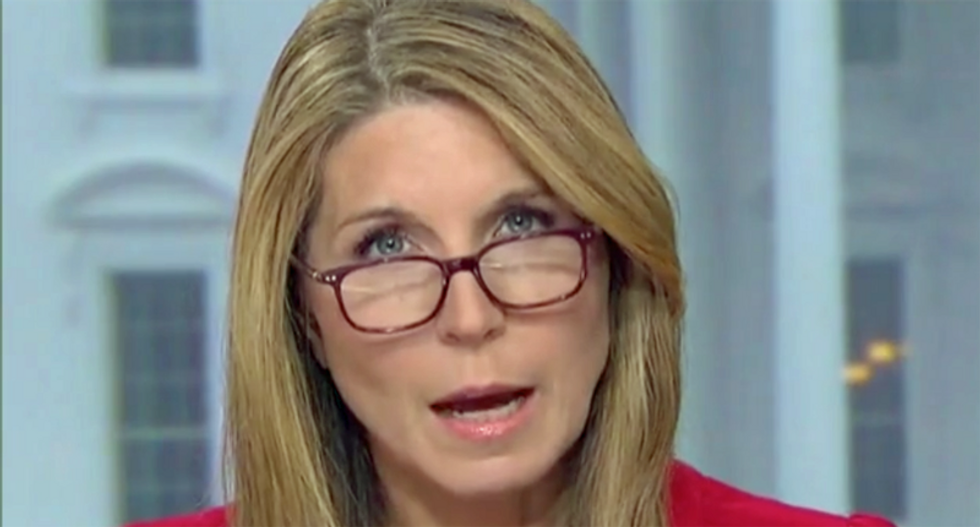 In a brief, but effective tweet, MSNBC host Nicolle Wallace marveled at Donald Trump's angry rant aimed at House Speaker Nancy Pelosi (D-CA) after she was given free rein to criticize him on Fox News on Sunday morning.

That apparently set off the TV-obsessed president who tweeted, "Nervous Nancy is an inherently 'dumb' person. She wasted all of her time on the Impeachment Hoax. She will be overthrown, either by inside or out, just like her last time as 'Speaker'. Wallace & @FoxNews are on a bad path, watch!"

As MSNBC's Wallace saw it, the president is losing it during the pandemic lockdown.

Taking to Twitter she wrote, "If Trump were your wacky half friend from college you’d find a way for a zoom intervention and involve his relatives because you’d worry that by the time the pandemic is over he’d be posting videos of himself drinking out of the dog’s water bowl," before dryly adding, "Guy is bananas."

If Trump were your wacky half friend from college you’d find a way for a zoom intervention and involve his relative… https://t.co/FnXty7rqHq
— Nicolle Wallace (@Nicolle Wallace) 1587317537.0