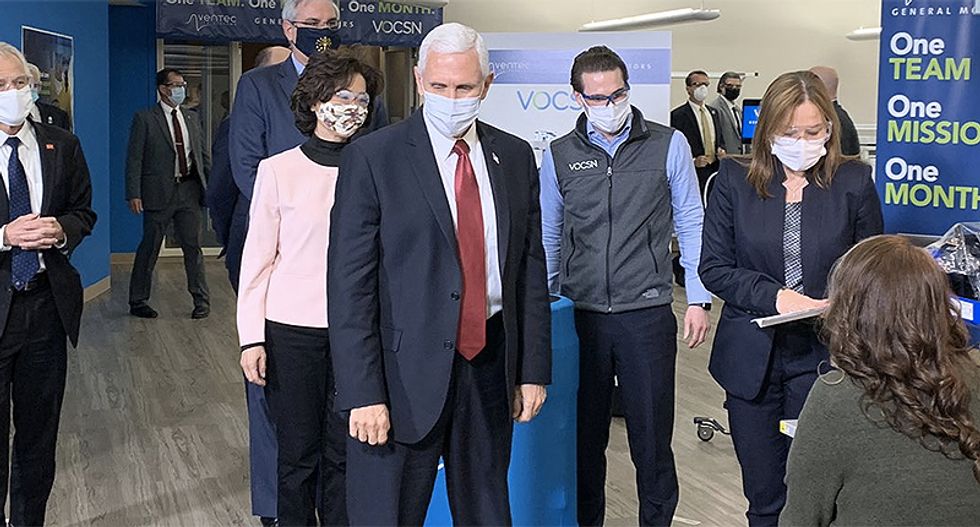 Vice President Mike Pence took another jaunt out during the coronavirus crisis to visit General Motors. After a debacle where he spent hours at the Mayo Clinic without wearing a mask, Pence seems to have learned from his mistakes.

According to Reuters reporter David Shepardson, GM has a strict policy requiring all people entering their Kokomo plant wear masks.

When Pence visited the Mayo Clinic on Tuesday, he was told to wear a mask, according to a deleted tweet. It's unknown why the tweet was deleted. He was shredded by people online for putting healthcare workers at greater risk.

Second lady Karen Pence told Fox News that her husband didn't know that he was supposed to wear a mask into the hospital.

“It was actually after he left Mayo Clinic that he found out that they had a policy of asking everyone to wear a mask,” she said. “Someone has worked on this whole task force for over two months is not someone who would have done anything to offend anyone or scare anyone. I’m glad that you gave me the opportunity to talk about that.”

It's unknown who at the hospital told Pence's team to wear masks and where the ball was dropped. On Thursday, however, Pence showed that he learned from his mistake.