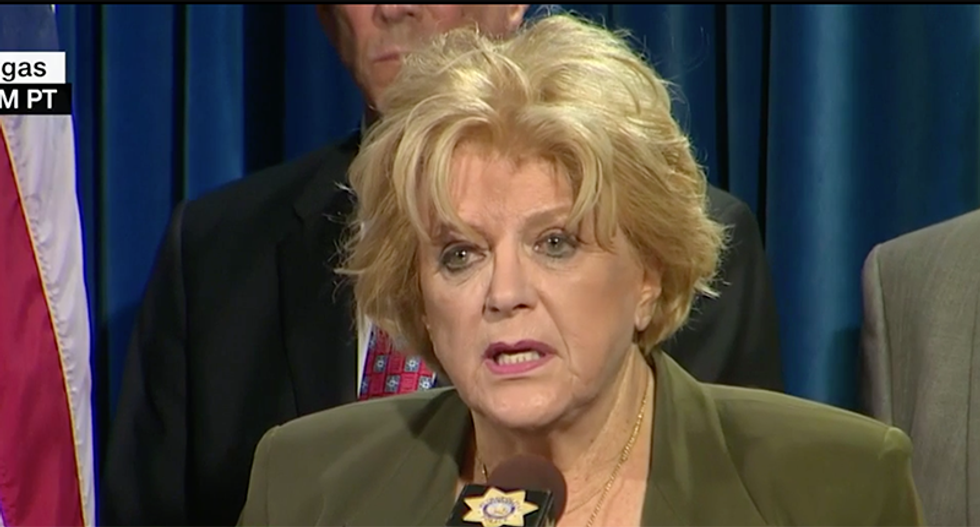 Las Vegas Mayor Carolyn Goodman, who last month infuriated many casino workers when she demanded that the Las Vegas strip reopen during the COVID-19 pandemic, has seen her approval rating go down the drain.

Results from a new poll published by the Nevada Independent show that Goodman's overall job approval now stands at just 32 percent, with the number who disapprove of her job performance at 58 percent.

In fact, the poll finds that Goodman is even slightly underwater among Republican voters, as just 41 percent of GOP Nevada voters approve of the job she's doing versus 42 percent who disapprove.

"Even in her home base, Clark County, Goodman’s numbers are 36-59," comments journalist Jon Ralston. "That is astonishing, even though many of those people can’t vote in the city."

Goodman last month drew nationwide scorn after she said casinos in Las Vegas should reopen no matter how bad the health situation was in the city.

“This isn’t China!” Goodman ranted during an interview with CNN's Anderson Cooper. “This is Las Vegas, Nevada.”