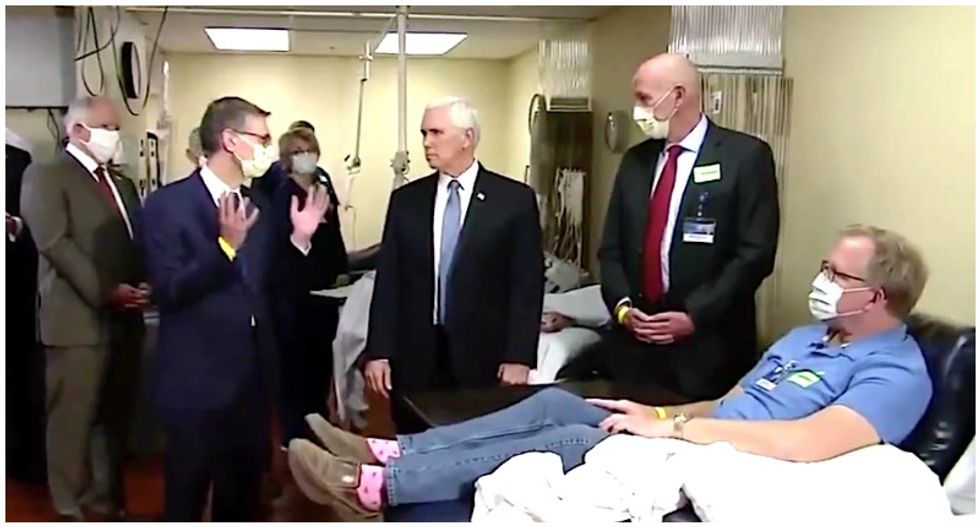 Vice President Mike Pence was ripped to shreds after a visit to the Mayo Clinic where he refused to wear a mask. The clinic tweeted that they told the Vice President's team that it is a hospital rule that masks be worn. Still, Pence was mask free.

Second lady Karen Pence said that her husband didn't know that masks would be required at a hospital, but few people believed the claim since many hospitals are refusing to allow people in with or without a mask.

Pence went on to explain that the reason he didn't wear a mask was that he knows he doesn't have the coronavirus because he has been tested.