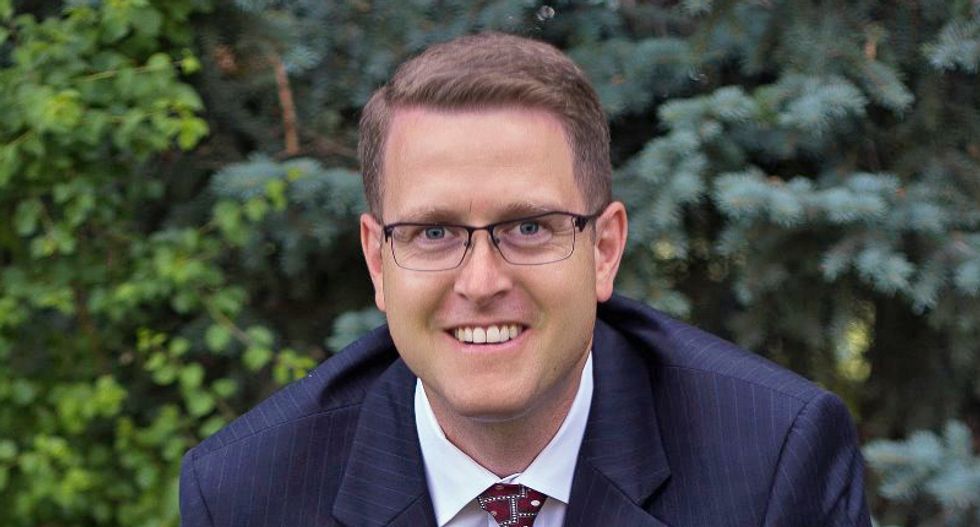 Republican state Rep. Matt Shea announced that he will not seek reelection after an investigation said that he "engaged in domestic terrorism."

According to The Seattle Times, the Washington official didn't file to run again for his office, though he did file to run as a Republican precinct committee officer.

Shea participated in a trio of standoffs against the government, which was investigated by a House commission. That report was then forwarded to the FBI and the U.S. Attorney's Office, saying Shea assisted "in the planning and preparation" of the 2016 armed takeover at the Malheur National Wildlife Refuge in Eastern Oregon. He was part of an armed occupation at the refuge with militia leader Ammon Bundy, who was part of the 2014 standoff at the Bundy Ranch. The Bundys refused to pay for grazing rights after allowing their cattle to graze on federal lands without paying for it.

Shea says he's part of a "Marxist smear campaign" and "a coup." He also has a history of conspiracy theories from private messages that were revealed last year.

"Just a few days ago, state officials said they billed Shea for more than $4,700 in damages after the lawmaker apparently poured olive oil on the steps of the Capitol in the waning days of the legislative session as part of a counter-demonstration of a permitted event held by Satanists," said the Times.

Read the full report at The Seattle Times.