'You're not well': MSNBC's Morning Joe calls on Trump to let Mike Pence act as president until his sanity improves 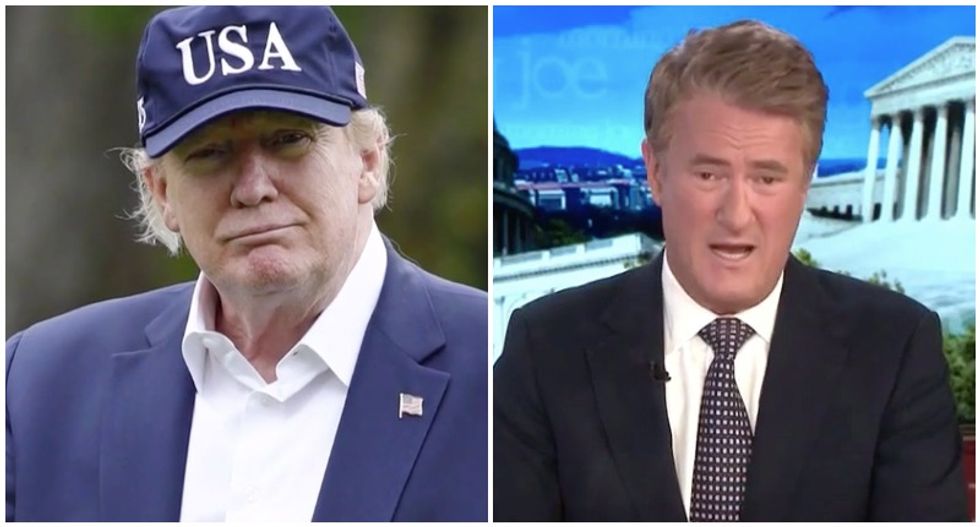 The president smeared the "Morning Joe" host by dredging up the 2001 death of one of Scarborough's congressional staffers, which he's done before, and the broadcaster questioned Trump's sanity.

"He's denying that a second wave is going to come in the fall, despite the fact that every doctor, every medical professional, every scientist says he could face dire consequences in the fall, as well," Scarborough said. "This morning, I told the president again that good science ends up being good economics, ends up being good politics. Obviously, Donald, you didn't want to hear that again. I know I've been saying it a lot."

Scarborough accused the president of hurting the parents of his former staffer, who an autopsy showed collapsed due to an undiagnosed heart condition and suffered a fatal blow to the head as she fell.

"You actually tweeted something extraordinarily cruel," Scarborough said. "I know you meant to be extraordinarily cruel to me by attacking me, by bringing up a conspiracy theory that has lived in the gutters of the internet for some time now. But just like the Seth Rich conspiracy murder that was pushed by your allies, you don't understand the pain you cause to families who have already lost a loved one. Not me, not my children, not anybody that knows me or -- they know the truth. You, once again, drag a family through this and make them relive it again, just like Seth Rich's parents, as if losing a loved one the first time isn't enough."

"I guess I shouldn't be surprised that a man who was offended by a former president, calling all Americans of all parties together in this time of crisis, would be offended by that," Scarborough continued. "After all, you're the same president of the United States who celebrated the return of a murderous dictator, Kim Jong-un. Mr. President, I ask that you get checked out. I ask that you take a rest. I ask that you take care of yourself, maybe let Mike Pence run things for the next week. You're not well."

All of the president's assurances had proven to be false, and Scarborough said he's losing control of himself as the death toll climbs.

"Mr. President, you're getting worse every day," he said. "You need to take a rest, you need to let Mike Pence actually run things for the next couple of weeks. Come back when you're feeling a little better and when you can really actually focus on your job. You just can't do that right now. Americans are dying every day because of it."