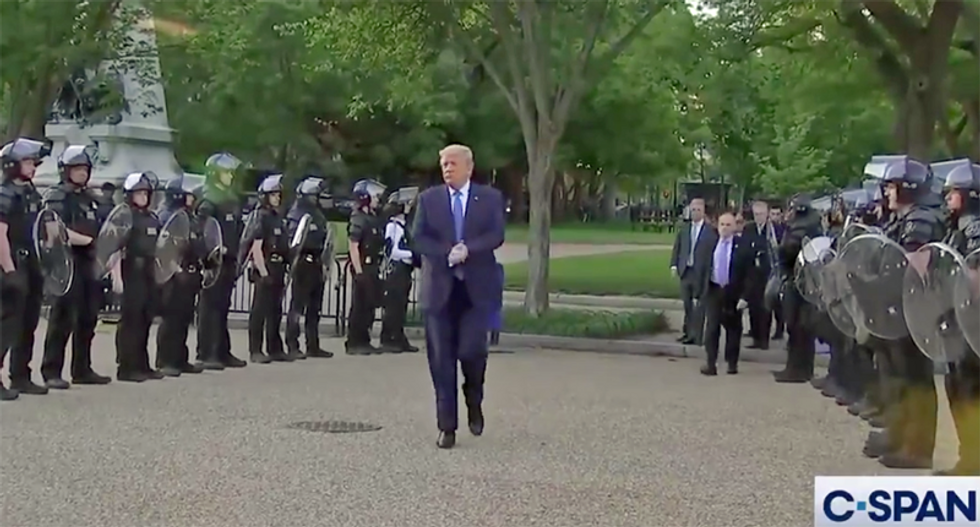 President Donald Trump's blunders in response to the protest over the killing of George Floyd dominated social media for a week, according to a new report by Axios.

"Trump's force-over-compassion approach to the demonstrators protesting the murder of George Floyd had Republican allies backpedaling to keep a distance — and led to a wave of condemnations that got plenty of online traction on their own," Axios reported. "The blowback against Trump was strong and swift all week."

Using data compiled by NewsWhip, Axios reported that stories on Trump's looting and shooting tweet -- that was hidden by Twitter -- had 37.9 million interactions.

The gassing of protesters outside the White House and Trump's photo-op had 20.7 million and 19.7 million interactions, respectively.

And criticism from James Mattis had 16 million interactions.

"The bottom line: Trump's already sliding political standing does not appear to be improving," Axios reported.