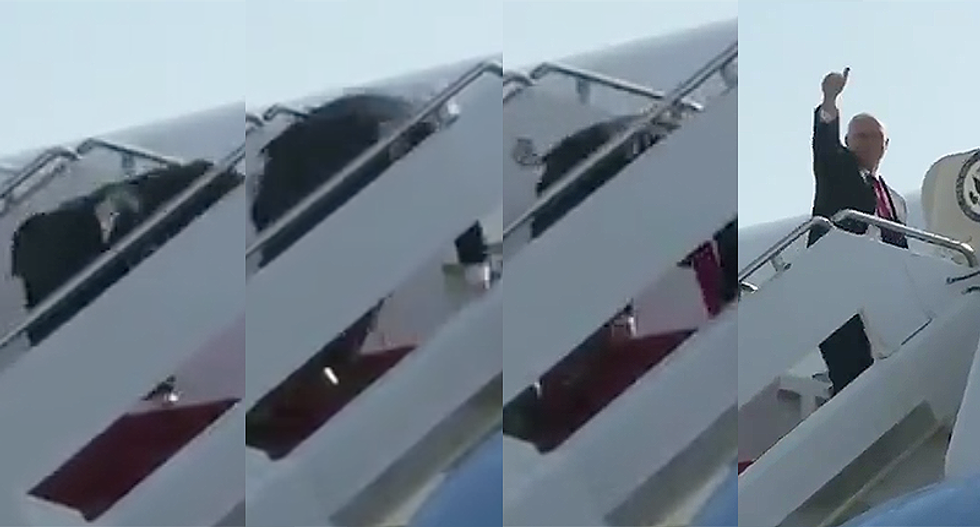 Vice President Mike Pence took a tumble heading up a set of steps to his plane Tuesday. In any normal administration, it wouldn't be a big deal. However, in 2016, President Donald Trump's campaign and Fox News propelled a conspiracy theory about Hillary Clinton's "failing" health after she tripped over something during the campaign.

Trump's latest problems walking down a ramp that was neither wet nor icy was a source of mockery and questions online, but until he started tweeting about it, the media didn't consider it a story. Trump has now spent more time talking about his walk down the ramp than he has about the coronavirus, a whopping 15 minutes during his Tulsa, Oklahoma rally.

Trump has launched a campaign website against former Vice President Joe Biden, saying that he too is failing, something many find odd since Trump is the one exhibiting behaviors that have caused concerns about the president's health and wellness. In a campaign ad titled "Fortitude," running on television across the country, the Trump campaign uses video of Biden praying to claim that he's mentally ill equipt to be president. 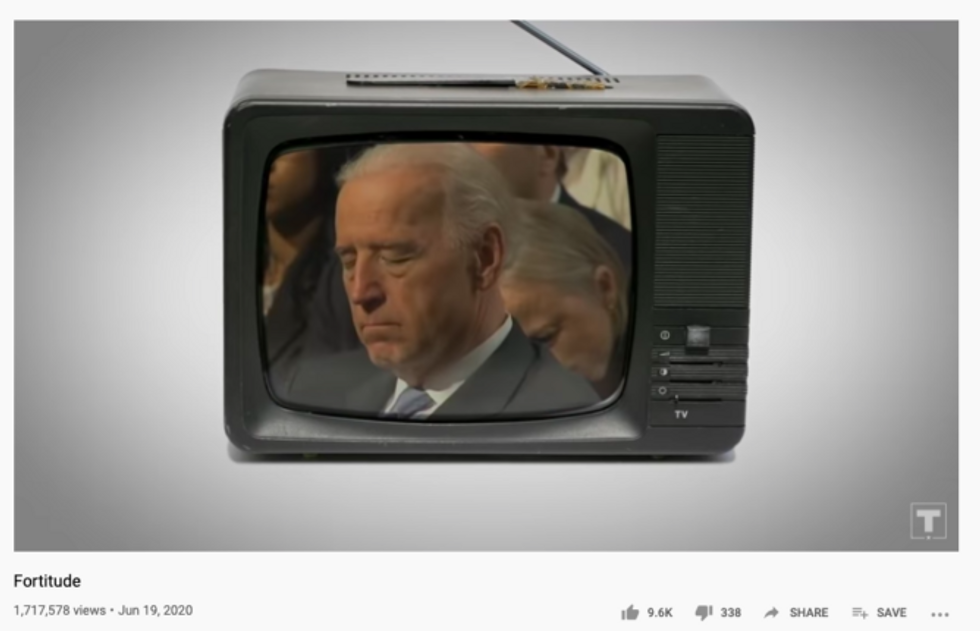 In a Washington Post report Tuesday, that President Trump has a "preoccupation in recent weeks over perceptions of his mental and physical health, at a time when critics have mocked him for episodes in which they say he has appeared frail or confused."

Pence's tumble happened after he attempted to race up the steps of Air Force Two on a sunny day. Former President Gerald Ford fell down the steps upon arriving in Austria while it was cold and raining. The simple fall almost certainly bruised Ford's ego, but things got worse when "Saturday Night Life" turned it into outright humiliation. Ford was an accomplished athlete, leading the University of Michigan football team to consecutive undefeated, national championship seasons. But after Chevy Chase, Ford became known as the president who couldn't stand up without falling.

Tuesday afternoon, the Republican-run Lincoln Project turned the incident into a metaphor for the Trump administration. The move led others to join in the mockery, which you can see below:

@ProjectLincoln Any moment now: “it has been brought to our attention that poor mike Pence has been diagnosed with… https://t.co/vKuEjxx5xf
— Windmill Fumes ⚠️ (@Windmill Fumes ⚠️)1592946366.0