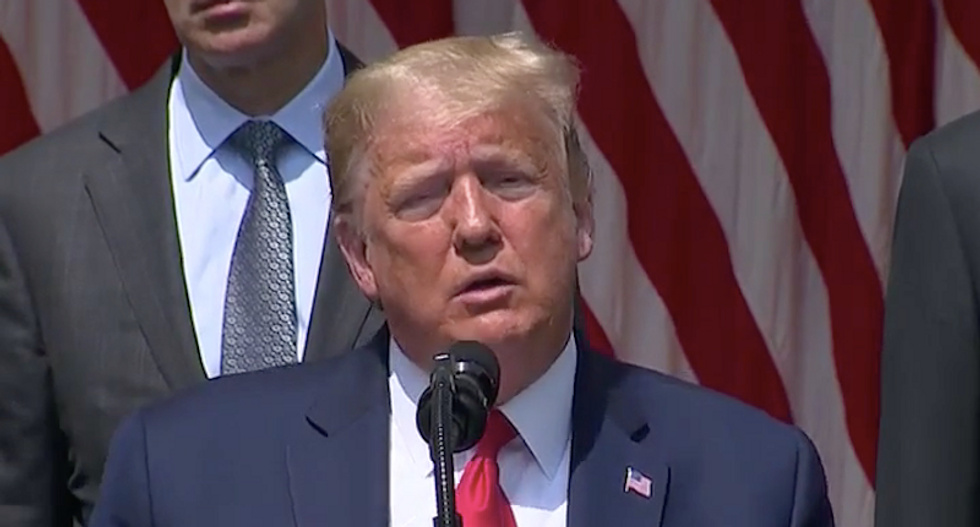 The president tweeted out a conspiracy theory accusing New York activist Martin Gugino, who suffered a serious head injury when officers shoved him backwards, of trying to hack into police communications using technology that doesn't seem to exist, based on reports from a Russian propagandist.

"Aides to President Trump, current and former, rarely are rattled by a tweet," Axios founder Mike Allen told MSNBC's "First Look." "They usually don't say anything about them, they certainly don't complain about them."

Axios reported that aides were upset that the tweet upended their efforts to help Trump and his campaign pivot to a conciliatory role as the nation is roiled by widespread and sustained protests against police brutality, and one former aide wondered whether Trump even wants to get re-elected.

"Jonathan Swan tells me that his phone blew up with these Trump officials after this tweet posted," Allen said, "and the word that he uses is despondent, like they just could not believe it. As he put it, summarizing the tweets that he got, they were at wit's end. Why does it matter? Because as Axios reported, this was a week when the White House aides and the campaign were hoping that the president was going to get his head in a rebuilding, restoration, reconciliation conversation, focus him on crime reform. So much for that."