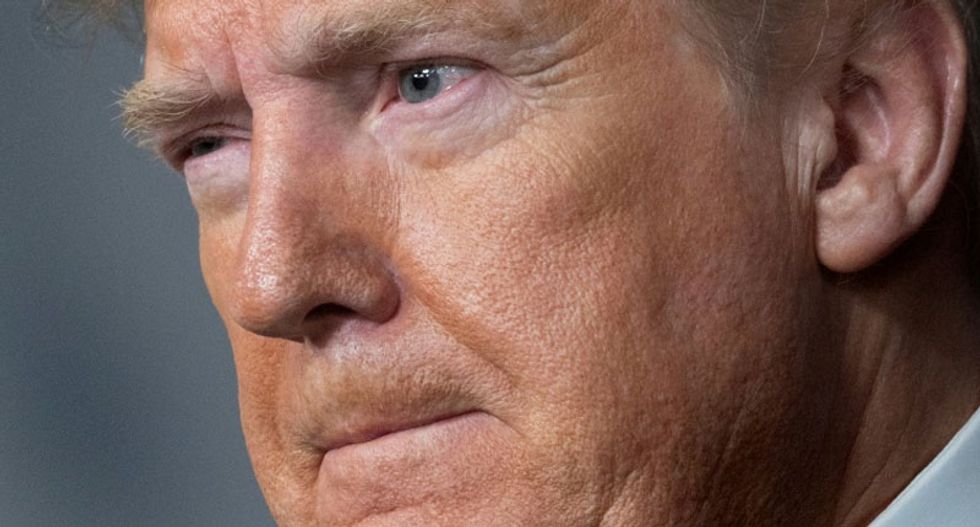 President Donald Trump's fitness to hold office was called into question after the broadcasting on Thursday evening of a town hall that had been pre-recorded with Fox News personality Sean Hannity.

Trump falsely claimed there would not be any COVID-19 cases were it not for testing to detect the pandemic. Trump also predicted Joe Biden would win the 2020 presidential race and bragged about being "the most perfect person."

And Trump flopped after being asked his priorities for a second term.

Here's some of what people were saying about the interview:

Again, someone close to the president should let him know that he can't lose the election if he drops out of the ra… https://t.co/kKeFiNsKme
— Kevin M. Kruse (@Kevin M. Kruse)1593135193.0

Watching Trump 'interview' with Hannity, at first it seemed to me it should be an in-kind contribution to the Trump… https://t.co/XxHADXQVaW
— Susan Glasser (@Susan Glasser)1593135199.0

nothing but meaningless word salad we can have a few more months of this garbage or four more years - it’s our cho… https://t.co/fFZHWTUWwS
— Merry Whitta (@Merry Whitta)1593136891.0

Did someone think this “town hall” with Hannity was gonna to help the president? I wonder if Trump’s base even really enjoyed that.
— Bradley P. Moss (@Bradley P. Moss)1593136724.0

Events like this Hannity-Trump interview are complete propaganda. But I’m also not sure they do Trump any actual go… https://t.co/aR2xgBMXyV
— James Poniewozik (@James Poniewozik)1593137339.0