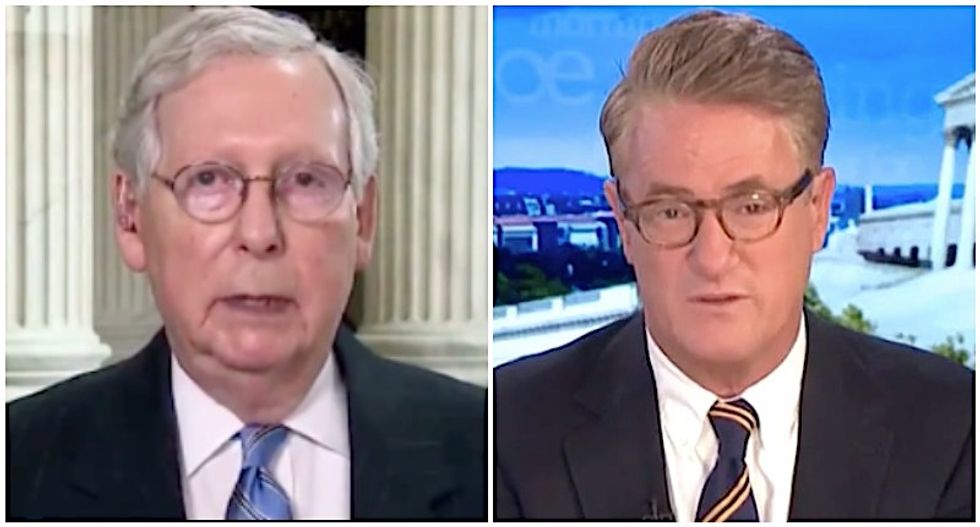 Even the president himself backed off a bit, saying Wednesday that he was "all for masks," but he's spent the past two months questioning the science about their effectiveness against coronavirus -- but his stance is widely unpopular with most voters.

"A Republican operative that has worked on Mitt Romney's campaign, Jeb [Bush]'s campaign," Scarborough said. "I don't even want to say his name, but basically [he was] saying that masks were superstitious, that you were a member of a cult if you wore a mask."

Although GOP voters are more likely to reject masks or question their effectiveness, the majority still agrees they should be worn to halt the spread of COVID-19, and the issue is starting to drag down other Republican candidates.

"This sort of talk, maybe it was acceptable by Donald Trump supporters, those that leaned Republican, when most of the infections, most of the hospitalizations, most of the deaths were in New York City, but they're not now," Scarborough said. "They're in Arizona, they're in Texas, they're in Florida, they are in California. They're in states, though, outside of New York City, that are hitting a lot closer to home for Trump supporters, and they're having a big impact not just on the president's numbers but also on the numbers of the key Senate races that will determine if Mitch McConnell is the majority leader next year or not."