Trump is only embracing masks out of terror of his crashing poll numbers: NYT’s Maggie Haberman 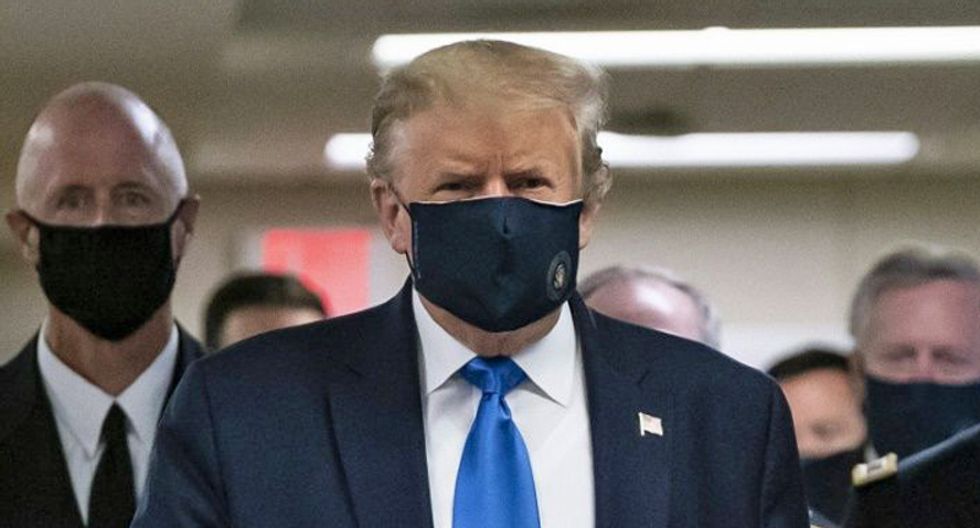 "Maggie, clearly this picture that he posted is a huge reversal for him," said anchor Wolf Blitzer. "Is it because he's come around on the science, the importance, the life-and-death issue of wearing a mask, or is it because of his poll numbers that are clearly sinking right now?"

"It's most certainly the latter," said Haberman. "I think that there is a high probability that the president will say something different about masks in whatever next interview he gives, or when he gives what we expect will be a briefing tomorrow in the White House briefing room."

"Look, this is not something the president has believed in," added Haberman. "He's not only not been supportive of it, he's been evangelizing away from masks for many months, including as recently as last week. I do think this speaks to the fact of his recognizing the external reality is that his poll numbers are in trouble, his re-election prospects are in trouble, that people are very concerned about this virus despite his efforts to downplay it. Now, again, it is good to be modeling good behavior. I don't know how often we will actually see him wearing a mask going forward, but this tweet was a start."

Secret Service knew Trump supporters were targeting Pelosi but failed to pass that along until hours after riot began: emails

The U.S. Secret Service learned of a threat to House speaker Nancy Pelosi (D-CA) days before the Jan. 6 insurrection but failed to pass that information along until hours after the Capitol was breached, according to newly revealed emails.

Emails obtained by the Citizens for Responsibility and Ethics in Washington showed that Secret Service agents discovered a Parler account on Jan. 4, 2021, that posted a series of violent threats against the House speaker and Joe Biden, but the agency did not share them with law enforcement until more than five hours after Donald Trump supporters broke into the Capitol.