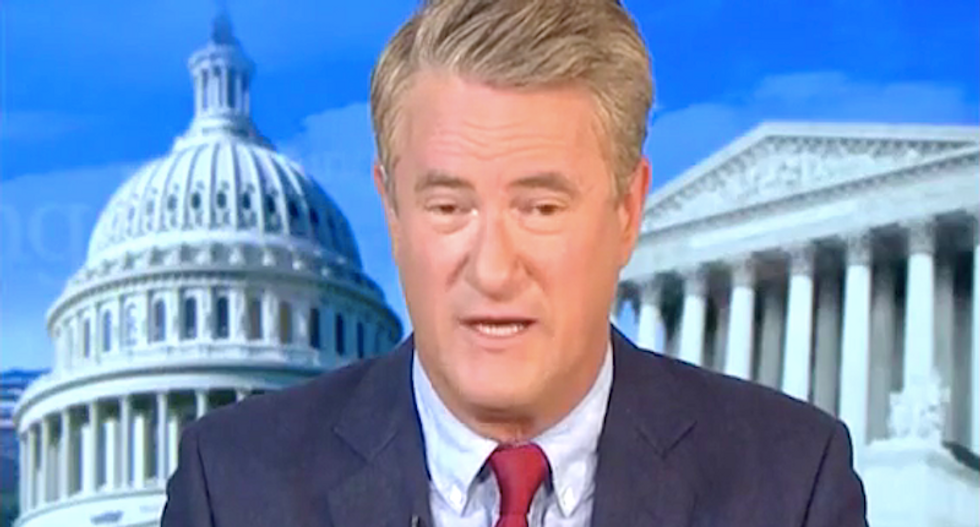 MSNBC's Joe Scarborough warned that President Donald Trump's "surreal" attacks on science would undercut the "October surprise" many believe he will try to pull off.

The president promoted an attack on Dr. Anthony Fauci and continues promoting the unproven drug hydroxychloroquine, and the "Morning Joe" host predicted that would foment mistrust whenever a vaccine becomes available.

"Several people I've spoken with over the past month or so that are Trump supporters, as I talk and try to stay away from politics, and instead ask, 'How's your family doing? How are you getting through the pandemic? Everything going okay?'" Scarborough said. "It always ends with, 'Let's hope we can get a vaccine soon so we can go back to our normal lives.'"

"Far too many of those people I speak to go, 'I'm not taking the vaccine, are you going to let your children take the vaccine?'" Scarborough added. "So the anti-vaxxer, anti-science movement that Donald Trump has embraced is actually going to cut against [him] if he thinks this is his October surprise."

Many of the president's supporters believe Fauci and billionaire philanthropists are somehow profiting from the virus and its prevention, and Trump's own efforts to undermine scientific consensus encourage those conspiracies.

"These lies are going to have to be dealt with if Donald Trump wants the vaccine," Scarborough said. "Because the age of ignorance, fear that he has worked to so aggressively usher in, that has a lot of his strongest supporters skeptical of any vaccine."