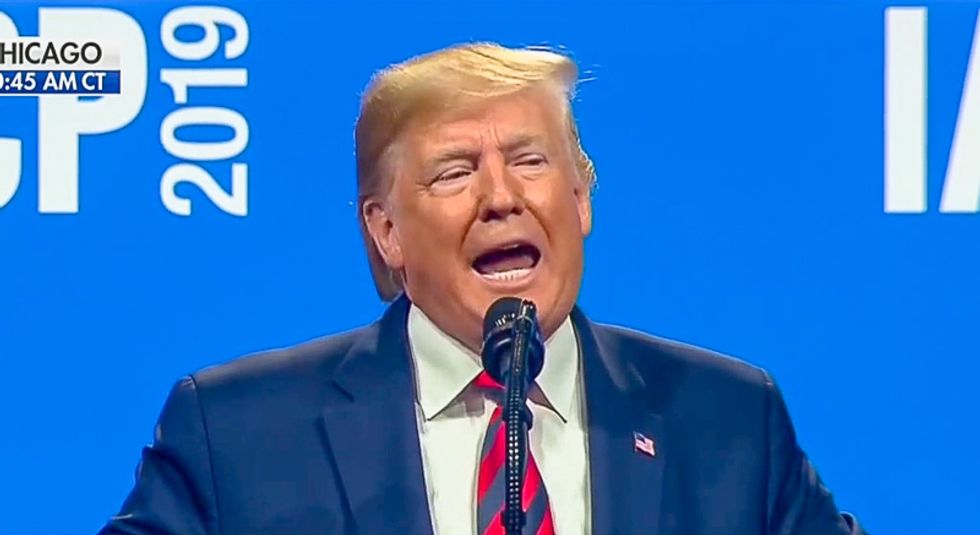 President Donald Trump's polling numbers have continued falling as the novel coronavirus has surged throughout the United States.

The Associated Press has written a lengthy story about how Trump's chaotic response to the pandemic has led to uncontrolled outbreaks and 130,000 dead Americans in just four months, and it notes that Trump has essentially stopped trying to contain the disease and has instead moved to wage culture wars against monument vandals.

Cal Jillson, a presidential scholar at Southern Methodist University in Dallas, tells the AP that the president's focus on protecting statues at a time when a deadly pandemic is killing thousands of people every week is an act of self-destruction.

"If he could change, he would," he said. "It’s not helping him now. It’s just nonstop. It is habitual and incurable. He is who he is."

Jillson also said that Trump's habit of making a constant spectacle, which helped his presidential campaign in 2016, has become a massive liability during a time of national crisis.

"People would watch Trump and see the instability... the emergencies of his own making he would then claim to have taken care of, and be mildly entertained or at least not deeply worried," he said. "A lot of that 'Am I still amused?' quickly gets to a 'No' answer."