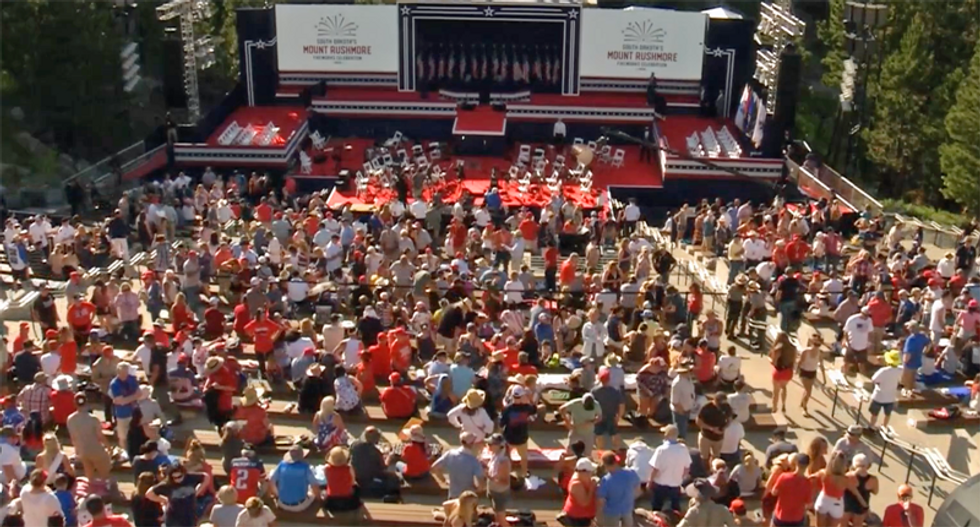 President Donald Trump left the White House during the COVID-19 pandemic on Friday to attend an Independence Day event in South Dakota.

Trump was told not to attend but did so anyway.

“Trump coming here is a safety concern not just for my people inside and outside the reservation, but for people in the Great Plains. We have such limited resources in Black Hills, and we’re already seeing infections rising,” the Oglala Sioux president, Julian Bear Runner, told the Guardian. “It’s going to cause an uproar if he comes here. People are going to want to exercise their first amendment rights to protest and we do not want to see anyone get hurt or the lands be destroyed."

Indeed, police arrested protesters who "reclaimed" the road to Mount Rushmore, which should be under the control of the tribes due to the Ft. Laramie Treaty of 1868.