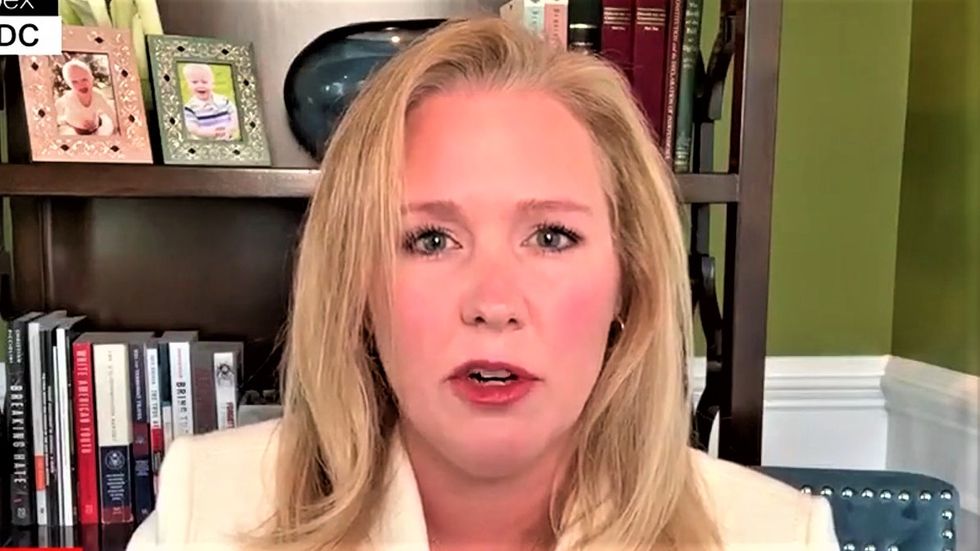 A former Trump administration official on Friday slammed the president for inviting QAnon-believing conspiracy theorist Marjorie Taylor Greene to be a special guest at his White House acceptance speech.

Elizabeth Neumann, who previously served as President Donald Trump's Assistant Secretary for Counterterrorism and Threat Prevention, appeared on CNN Friday to discuss the reasons she has decided to back former Vice President Joe Biden.

Chief among her reasons, she said, was the way that Trump would fan the flames of racism and extremism for his personal political benefit.

"Four years ago when he was running for president, I was willing to give him the benefit of the doubt that he was ignorant, that he didn't realize that his messaging was... a rallying cry for these extreme views," she said. "The problem is that these extreme views have been shown to cause people to act out in violence."

Host John Berman also specifically asked what she made of Trump inviting Greene as a special guest to his speech, especially since Greene has questioned whether an airplane really struck the Pentagon on 9/11 and has suggested that Muslims should not be allowed to serve in government.

"Continuing in this behavior is irresponsible, it's reckless," she said.