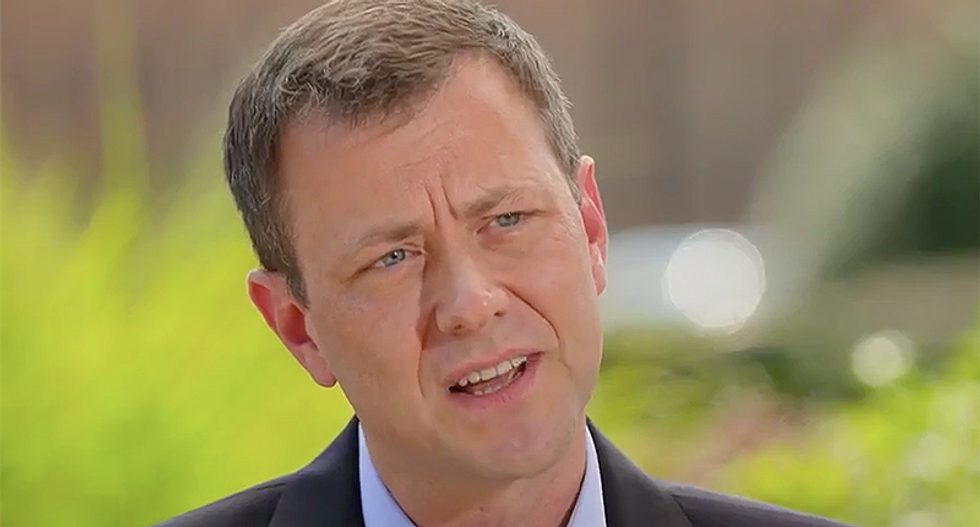 It's a common mistake the media is making as the election nears and Trump is desperately trying to rewrite the story on Russia hacking the election then and now, he explained.

"Andrea the Mueller investigation said they were unable to bring -- to a legal standard -- to bring criminal charges that something had occurred but they point throughout the report to a variety of deep counterintelligence concerns when you add that to the recent bipartisan Senate Intelligence Committee report, almost a thousand pages from a Republican Senate committee laying out all these concerns, the data is too great to ignore," said Strzok. "So yes, I believe that the president is compromised by the Russians and I think that takes a lot of forms. I think it comes through financial entanglements that he is fighting to become known, that the Russians known about and can hold over him. I also think it also comes from the way they can play to his ego, his strange fascination with dictators around the world."

Strzok went on to say that one of his greatest concerns with Attorney General Bill Barr's new "investigate the investigators" case led by U.S. Attorney John Durham, is that Durham's long-time aide, Nora Dannehy, resigned after she was privately telling colleagues the investigation was being rushed ahead of the 2020 election.

"Colleagues said Dannehy is not a supporter of President Trump and has been concerned in recent weeks by what she believed was pressure from Barr, who appointed Durham, to produce results before the election," the Hartford Courant reported "They said she has been considering resigning for weeks, conflicted by loyalty to Durham and concern about politics."