MSNBC's Donny Deutsch compares Trump to Hitler: 'Let's just say it once and for all' 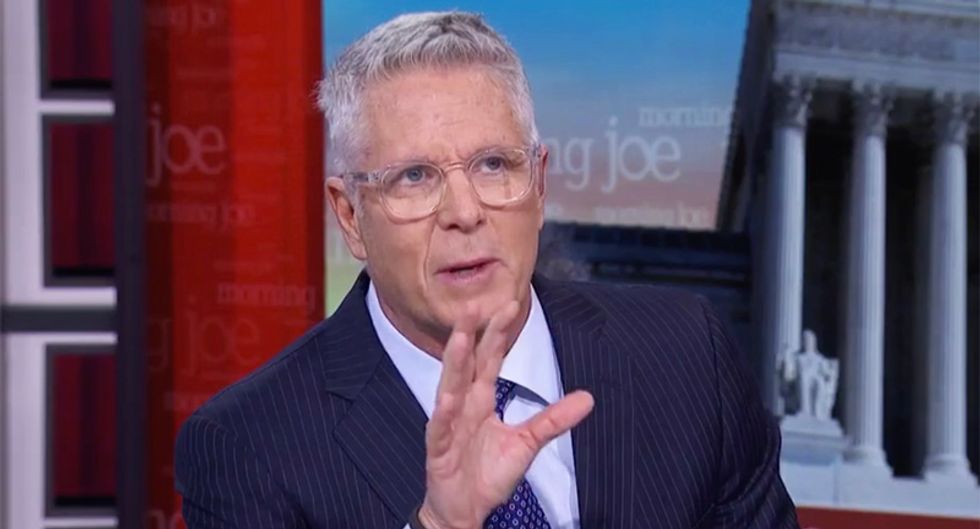 The president's rally Tuesday night in Pennsylvania set off alarm bells on the "Morning Joe" set, and Deutsch came out and said what the other panelists were hinting at.

"This, to me, looked like a rally from the early '30s," Deutsch said. "You know, I was watching the first hour, and as Jason Johnson was talking about, comparing [Trump] to Hitler, and you know, that's something you cautiously do, because we can use the word fascist, but then when you go, Hitler, you can't -- oh, everybody starts to go -- but what was going on in early '30s Germany? Basically, you had a destruction of the belief in the free press. You had a blurring between the executive branch and the Justice Department. You have creating an other, whether it's Muslims, whether it's Mexicans, whether it's congressmen who weren't born in this country, and then you have the destruction of free elections -- and we're here."

"What is the difference between Adolf Hitler and Donald Trump?" Deutsch added. "I'm not saying there's a Holocaust, but when you look at the tactics, and that is where we are right now. As we are heading 39 days from election, this is where we have, and we still have people chanting."

Deutsch then called on his fellow Jews to reject Trump before it's too late.

"On a personal level, and I, for a second, want to talk to my Jewish friends who are voting for Donald Trump," Deutsch said. "How dare you? How dare you, with what our people have gone through in history, and you see a man who is a dictator, and once you give a man absolute power, he is [capable] of anything."

"If you are a Jew in this country and you are supporting Donald Trump, you are not looking back at our history," he added, "and you are blind and you are walking like a lemming off a cliff. It is time to wake up. I'm sorry, this is where we are. There is no difference from what Donald Trump is preaching, from what Adolf Hitler preached in the early '30s. Let's just say it once and for all."