Mudslinging, half-truths and a clash of cultures: Here are 7 things to look for in tonight's Trump-Biden debate 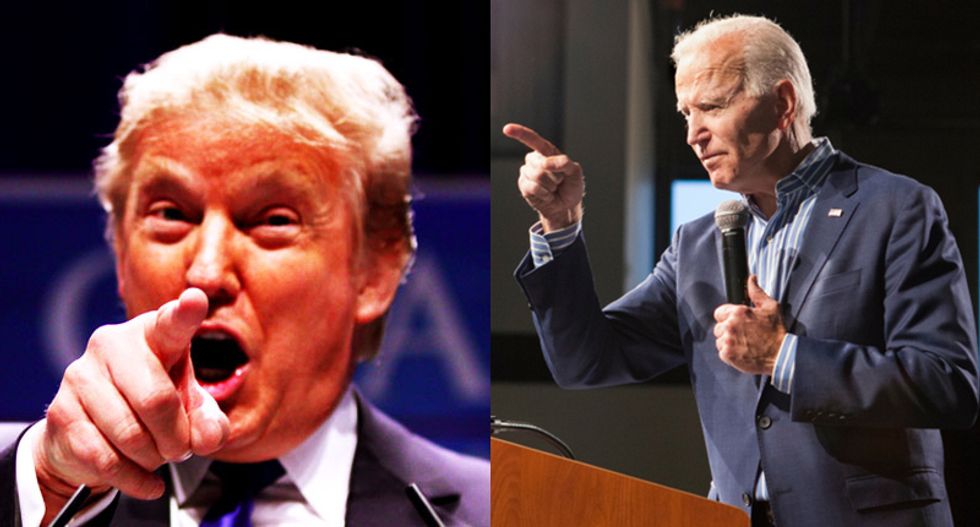 Well, we can be sure tonight’s debate will be sarcastic, insulting and lively – and a fact-checker’s heaven, starting with why Donald Trump hasn't paid any income taxes recently.

Donald Trump is reported to have spent his prep time coming up with one-line zingers particularly aimed at his opponent’s family and mental acuity, even as Joe Biden seeks to lay blame for coronavirus and economic problems on Trump. Still, the whole event sets up as a clash of cultures more than any debate about who stands where on issues, a showdown of sorts about what sort of country we want.

If you want an intelligent, understandable discussion about how best to curb coronavirus or on the best ways to integrate immigrants into American society, I’d suggest you go read a book instead. Tonight’s a setting for mud-slinging and half-truths on almost any subject you want to name. As various news outlets noted in opinion pieces, it is difficult to debate someone who simply re-invents reality on the spot.

Start with the fact that Donald Trump apparently doesn’t believe in elections or voting, and won’t commit to regarding a long count of mail-in ballots prompted by disease as anything but rigged. How do you have a debate with someone who’s not playing the same game? Or that he thinks the six-page-long report in the New York Times was somehow faked.

I pity moderator Chris Wallace, a hard-nosed news guy, for whatever efforts he will make to try to corral the exaggerations and excess of a joint appearance. It feels like a job just to squeeze all the ego into one room.

Trump’s idea of debate is to tie anything any Democrat in history has ever said to the Biden campaign, and Biden’s idea of debate will be to all but read the names of 200,000 Americans dead of coronavirus that Trump has refused to acknowledge as his responsibility.

Trump sees his goal as making Biden the carrier for high taxes, chaos on the streets, cozy international relations, particularly with China, over American jobs and interests, and open borders. Biden sees his goal as showing Trump simply failing to do his job over coronavirus, jobs, international relations, immigration and the economy. Enter the Soul of America opinions.

It’s not a formula for persuasion, by any means. It’s an ego-exercise that threatens to show a divide that continues to widen.

Trump revels in emerging as the loudest solo voice amid chaos, Biden beams in pursuit of communal healing. There is nowhere for these two to meet. They are polar opposites on almost every issue of substance, and they are clashing candidates on style, grace and personal style.

Of course, if you’re Trump and actually standing up at rallies saying that hardly anyone who is not old or has an underlying health condition is getting coronavirus, your view of the world and of the job of being president is so strange as to make using political powers to bend science and economic fact almost normal.

If you’re Biden and trying to survive a tightening election campaign filled with so many untruths about daily life, the fight is to keep from getting into the mud-slinging on the belief that Americans are more interested in solutions than insults.

We should keep some things in mind as the debate gets under way:

Mostly, Trump wants a government that salutes him, honors him, adores him and everything he says; Biden wants a president who accepts oversight and tries to work across aisles towards more bipartisan agreements. Trump primarily believes in Trump’s gut; Biden believes in science and fact.

One sees America First as Trump First, and the other sees it as America as World Leader among allies.

Likely understated in tonight’s debate will be the extent to which Trump believes in using the powers of his office for personal, political gain, rewarding friends and squashing those who dare criticize him. Or how coronavirus money ended up being routed by the Defense Department into weapons contracts rather than on controlling the disease.  It seems impossible for a discerning set of responses about the degree to which Trump has grown presidential powers to the end of authoritarianism.

At the end of the day, this debate and the two that, by arrangement, follow, are supposed to be helpful to voters to distinguish one from the other.

In this election, the sides are so opposite, it seems impossible that there can be any persuasion, just the counting of slashes and counter-slashes.

Recent town halls with actual voters showed the difference. Trump turned every question that suggested a problem into a pretext for insult. Biden took the time to hear the question, even with directional answers that sometimes seems less than fully discursive.

There is no question here about how each candidate will behave in office.

There is a lot of question here over how each actually sees the world we live in, and whether they respect our opinions about how to live our lives.