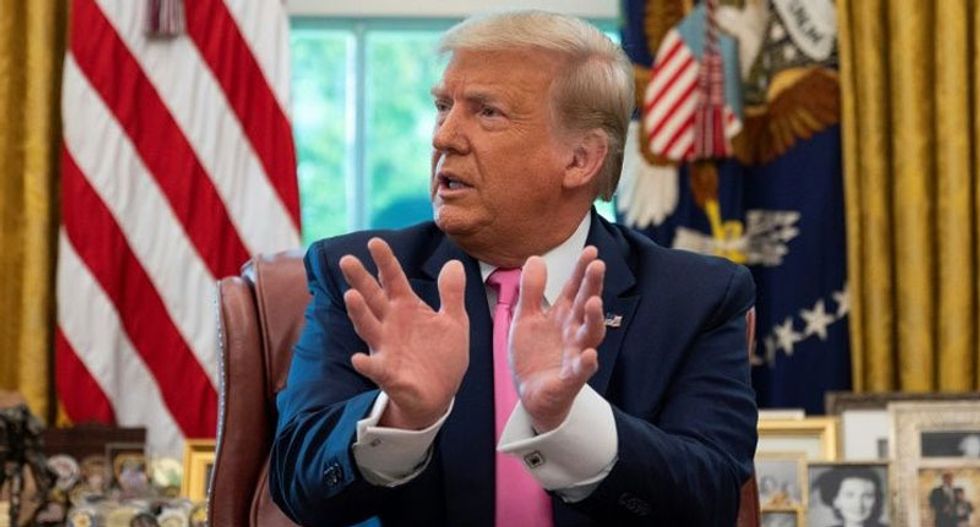 If Joe Biden shoots someone today on Fifth Avenue, I’m still voting for him.

There are 19 days left to save the nation, so I’d like to offer this suggestion to the Democratic Party: Fight like Republicans for 19 days. The same goes for the mainstream media: Fight like Fox and Breitbart for 19 days.

Tonight, NBC will prostitute itself, offering its erstwhile reality TV star Donald Trump a “town hall meeting” to compete with the one Joe Biden is having on ABC in place of the scheduled presidential debate. You might call recall the debate was cancelled because COVID-45 got himself a little touch of the flu and then refused to stoop to a virtual debate because that might imply that the coronavirus isn’t a hoax.

By putting its favorite carnival barker up against Biden, NBC is certain to win an hour of ratings war, and the only losers are Biden and the American people. Great job.

NBC has served up the perfect case study as to why normalcy has been losing with such regularity during the reign of Trump. Just imagine if the red and blue silos were reversed: Can you imagine a conservative outlet rolling over like this for a Democratic president? Didn’t think so.

Any pretense that this is journalistic is just that: a pretense. It is akin to televising the wreckage of a car crash: NBC can count on a TV gaper block featuring millions of viewers slowly down out of curiosity to see what madness will be served up by His Infectiousness.

The only way this fraud makes any sense is if NBC hires Stormy Daniels at the last minute to moderate the forum. In that case, I withdraw all criticism.

The nation is likely headed for the dirtiest final two weeks before an election it has ever seen. It has, after all, just completed the dirtiest first 194 weeks of any term in American presidential history. And lo and behold, Rudy Giuliani-- man of dirt-- is back on centerstage.

Not coincidentally, Wingnut World is all agog about how the New York Post--that towering tabloid--just happens to have acquired some damning emails about Biden and his son Hunter claiming to show that the Democratic nominee has lied about not having helped his kid acquire wealth he didn’t deserve. Just in the nick of time for the election.

Why, an October surprise. Who knew?

In its worst case, this begs the question: “Just who the hell does Joe Biden think he is, Donald Trump?”

More likely, it’s all a bunch of made-up nonsense like that vaunted inquiry into what Trump called “the oranges of the Russian investigation.” After months of Fox talking heads darkly warning of revelations and imprisonments than would collapse the House of Biden, this fraud evaporated when not even Attorney General William “Roy Cohn” Barr couldn’t find a single charge to bring this week.

Even if whatever dastardly deeds Biden is alleged to have done are true--and I’m not  interested in hearing the details even after they’re fully translated from the original Russian --one would need to multiply them by 20,000 at a minimum to put them on equal footing with that fellow who heads up the Trump crime family.

Personally, I’m hearing a lot of people say that there are some beautiful answers to this October surprise, and I mean that bigly. In fact, people are amazed, because they’ve never heard of an answer this big and beautiful. It goes like this:

“So what? We’re not running your story, nor paying attention when you run it. We’re just voting.”

I could not care less what Joe Biden might have done for his son.  He’s running against a psychotic wannabe dictator, a pathological liar and racist, a sick man suffering from narcissistic personality disorder who by the way is personally responsible--because of all these character defects-- for the avoidable toll of a pandemic that has taken more than 217,000 American lives and infected 8 million of our citizens.

We’re looking at the first president in U.S. history to cast doubt on the legitimacy of our election, one who has promised to resist the peaceful transition of power should he lose, and you want to talk about social media “censoring” some cheap political hit piece about Joe Biden and his son again? Sorry, not buying.

So yes, Donald Trump, you’re about to be hoisted on your own petard. The resistance is not playing nice, nor extending the courtesy of a response to your enablers.

You see, this isn’t just another election. It’s an exorcism.