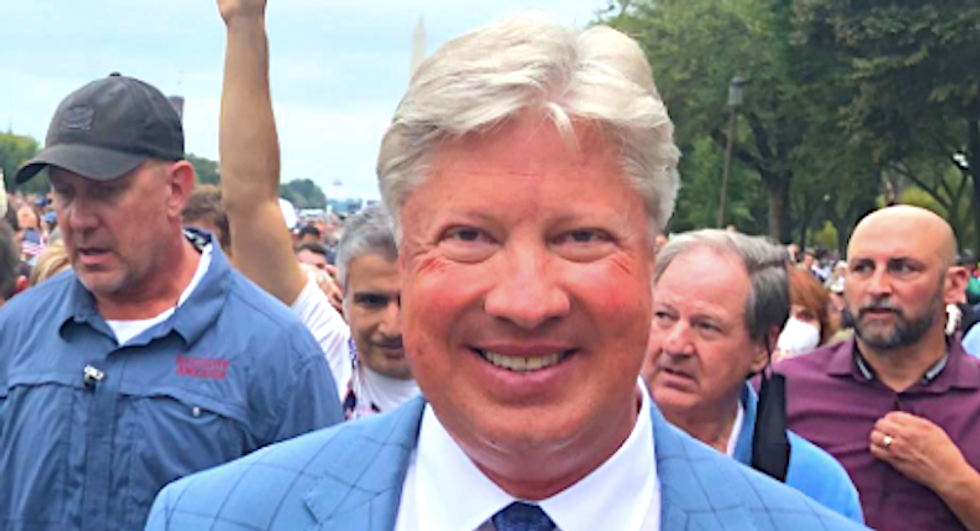 A Texas megachurch is suffering a coronavirus outbreak after its pastor took part in a now-infamous Rose Garden ceremony at the White House.

Pastor Robert Morris has continued to preach since returning from the Supreme Court nomination announcement for Amy Coney Barrett at the White House, which seems to have spread the virus among dozens of attendees, and now new cases are cropping up at his Gateway Church in Southlake, reported the Star-Telegram.

“The confirmed cases go up and down daily," said church spokesman Lawrence Swicegood, who refused to specify how many cases had been confirmed among the church's 850 part-time and full-time employees.

Morris, who also took part in the Prayer March led by Rev. Franklin Graham while in Washington, has tested negative twice since the Sept. 26 White House event and has not exhibited any COVID-19 symptoms, according to Swicegood.

"There's no COVID in heaven, no sorrow, no tears, no pain, no sickness, no disease, no death," Morris tweeted earlier this week. "None of that's there! Everything you love is there. Everything you enjoy on Earth is in Heaven, but it's a thousand times better!"

Swicegood told the newspaper he was unsure whether any congregants had tested positive for the virus, and he denied another news report indicating that an outbreak had forced the closure of some portions of the megachurch campus.

“Not everything you read in the paper or see on the internet is completely accurate or even true," Swicegood said, but declined to specify what was inaccurate.