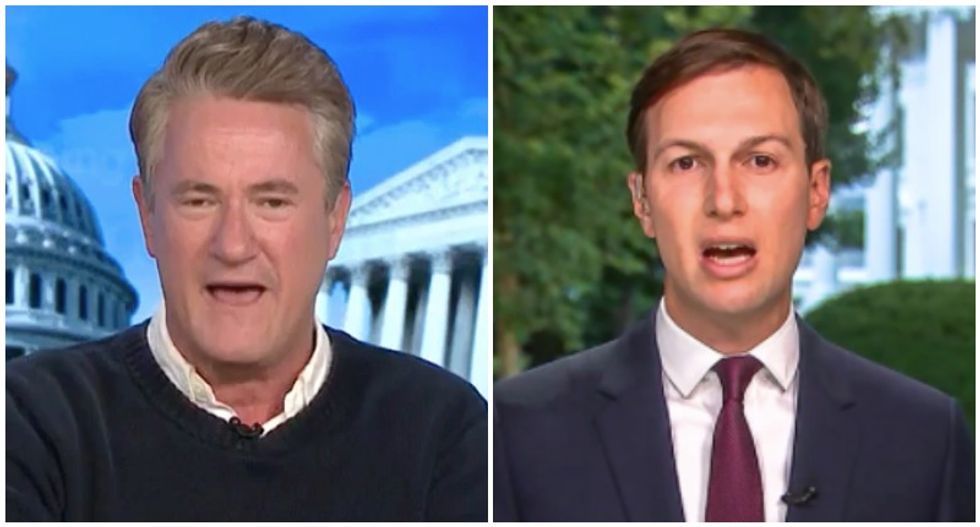 "Wow," Brzezinski said. "So the White House responded in a statement that read in part, quote, 'It is disgusting to see internet trolls taking senior adviser Jared Kushner --"

Scarborough interrupted, and asked their producers to remove the statement from the screen.

Scarborough suggested the remarks should be enough to cost Trump the election and send Kushner back to the real estate business.

"He said a bigoted, racist, insensitive comment and guess what, you could be scrawling that on the side of your apartments in crayons a couple of months from now."