‘We are at war’ against right-wing terrorists -- and Trump’s on their side: Ex-DOD official 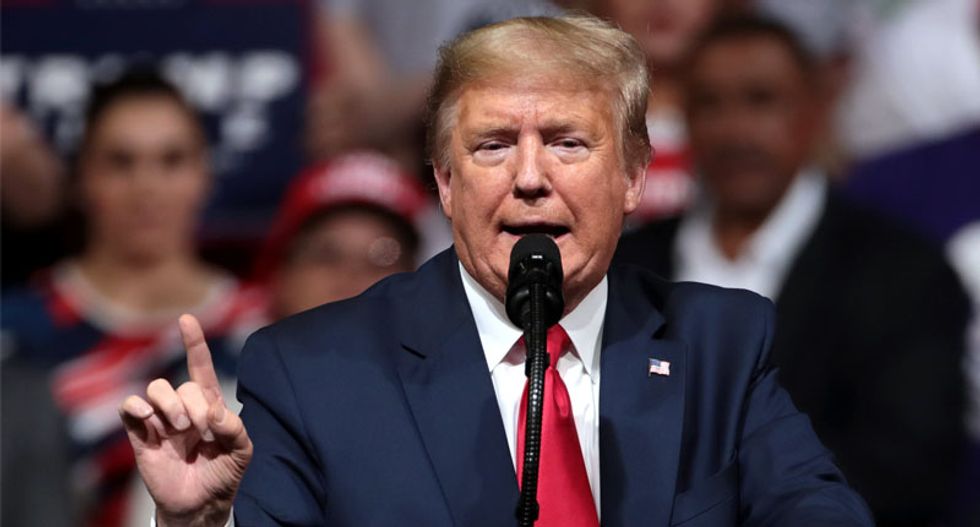 A former CIA and Defense Department official declared the U.S. is "at war" against right-wing terrorists, even if the Trump administration doesn't seem to agree.

The FBI arrested six men who allegedly plotted to kidnap and possibly murder Michigan Gov. Gretchen Whitmer, which President Donald Trump and one of his campaign spokesmen appeared to justify, and MSNBC contributor Jeremy Bash called them out for promoting terrorism.

"The president is undermining law and order when he supports these groups, these white supremacist groups, these militias, and when he undermines the work of the FBI to confront them," said Bash, the former chief of staff at the Department of Defense and CIA under President Barack Obama.

"Terrorism is classically defined as when an organization tries to use violence to achieve a political outcome, and I think that's exactly what's happening here with these organizations, these groups, these conspiracies, in Michigan," he added. "Their purpose really was to fracture state government, to ignite a civil war, to take down a sitting governor and they believe they had support, I think, from many others in the country, including potentially some in Washington."

The president attacked Whitmer, even as he condemned the plot against her, but Trump also called for corrupt prosecutions against his political enemies and suggested he would not accept an election loss.

"Just as this is happening, as [host] Joe [Scarborough] tied this all together with respect to the president saying he wanted to jail his opponent, did not commit to the peaceful transfer of power, you have Republican senators like Mike Lee of Utah, who is tweeting that democracy is not the objective of the United States," Bash said. "I urge people to go back and look at what he put out yesterday about that. That is code, that is code for authoritarianism for autocracy. Maybe he meant some academic point he didn't convey well, but I think if we don't make clear that democracy is our objective you'll see a lot more of these kind of activities, and this is dangerous."

"This is domestic terrorism and this needs to be confronted," he added. "We are at war with these organizations, and we better act like it."