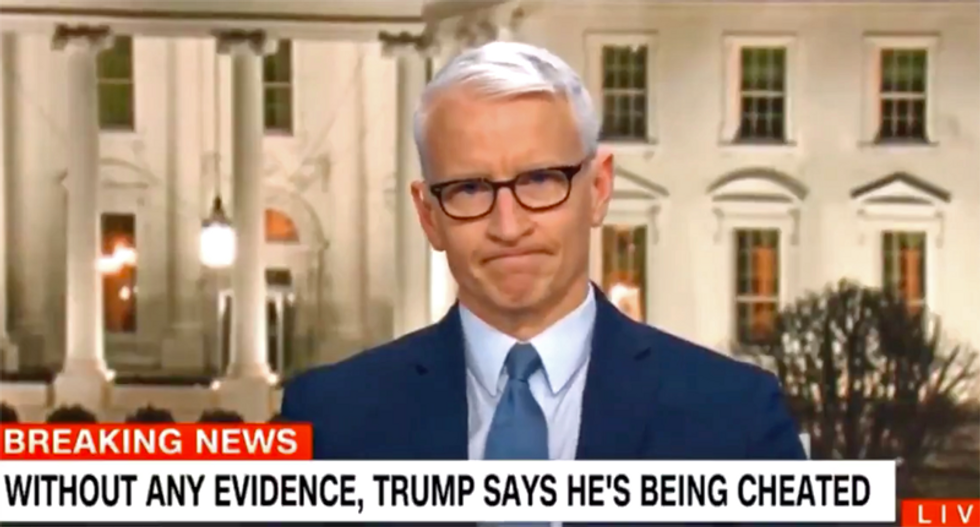 President Donald Trump gave an unhinged address to the nation on Thursday night.

There is no evidence to support Trump's position.

CNN anchor Anderson Cooper was not impressed with Trump's speech.

"That is the President of the United States,"Cooper said. "That is the most powerful person in the world and we see him like an obese turtle on his back flailing in the hot sun, realizing his time is over," Cooper said.

"But he just hasn't accepted it and it wants to take everybody down with him -- including this country," he explained.