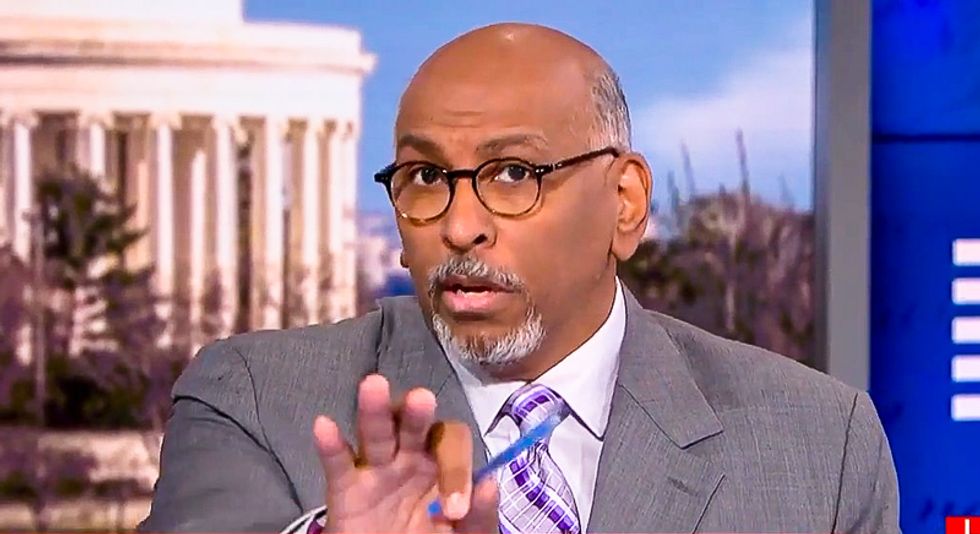 On MSNBC Wednesday, former Republican National Committee chairman Michael Steele tore into President Donald Trump for his efforts to stop votes from being counted as his margins vanish.

"His own advisers worried that this kind of defeat for Donald Trump would have the consequence of more sour grape-like performance, because for Trump it's all performance in the transition," said anchor Nicolle Wallace. "Does that ring true to you?"

"It rings very true to me, and confirms what I heard from probably some of the same people," said Steele. "They're just like, hey, this is it. I think, as a nation and certainly for a president-elect, Joe Biden, when that moment comes, you plan accordingly. If he doesn't want to come to the inauguration, it will be a blemish, not on the United States, but on him. If he doesn't want to cooperate on the transition, it won't be a blemish on the United States, but him."

"We need to stop carrying Donald Trump's baggage, as a country. We need to stop it," added Steele. "We need to now begin to free ourselves of this sickness and begin to heal ourselves and take the risk with someone like Joe Biden, who is prepared to move us in a different direction, and if Donald Trump wants to be that stubborn little brat standing in the middle of the mall stamping his feet refusing to move, okay."