MSNBC's Morning Joe trashes Trump for new attack on Fauci: 'This guy has been cleaning up your mess from Day One' 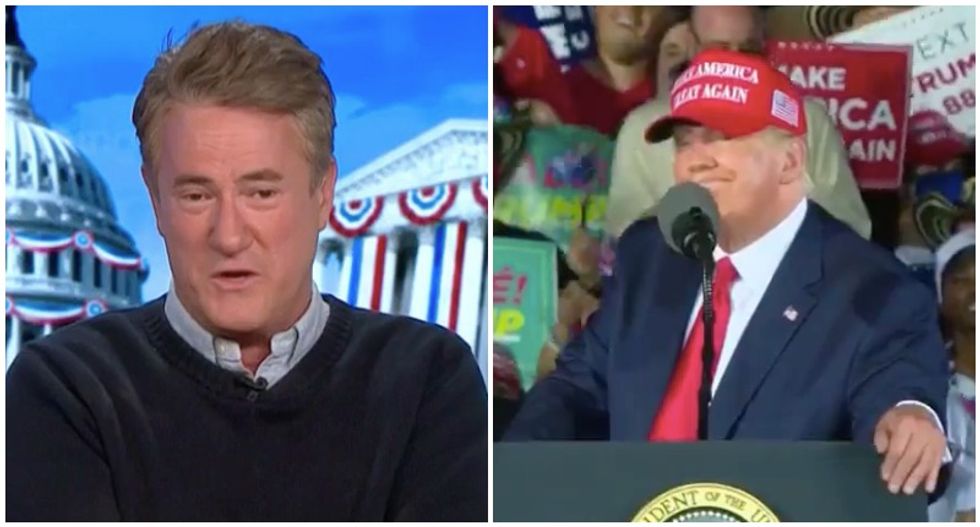 The president's supporters chanted "fire Fauci" at Sunday's rally in Miami, and Trump mused that he would dispatch the highly respected infectious disease expert for "being wrong a lot."

"This guy has been cleaning up your mess from Day One, and you're saying he's been wrong?" Scarborough added.

The president admitted to journalist Bob Woodward that he had purposefully downplayed the threat from the coronavirus, and Scarborough said Trump is to blame for hundreds of thousands of deaths.

"What's so ironic you were telling Bob Woodward in February on tape what actually the doctor that you're talking about getting rid of has been saying publicly," Scarborough said. "The difference between you and him is, he's been saying it publicly, you have been saying it privately, and then you have been lying to the American public and letting them die. Letting them die despite the fact that you knew better. You're going to fire him for saying what you actually were telling Bob Woodward in February? That's interesting."