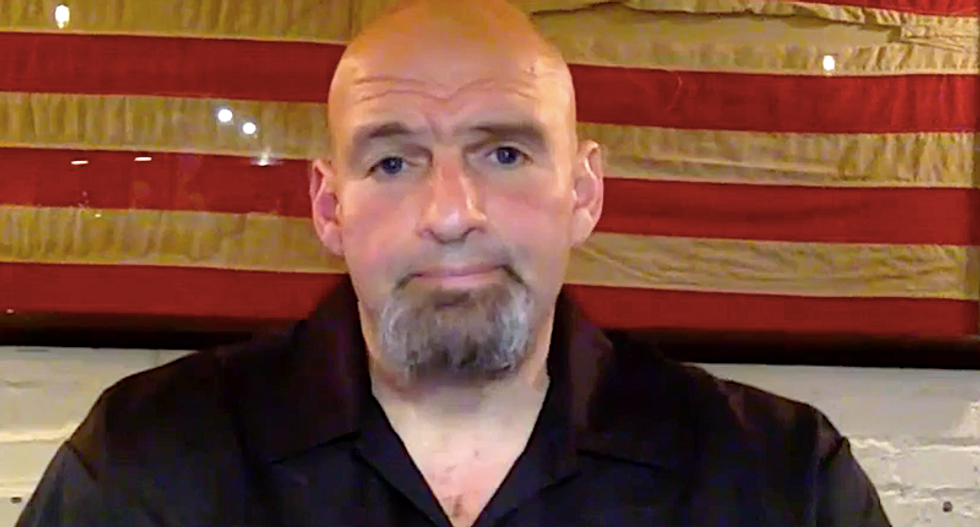 "I don't take it seriously because no one real takes Mr. Giuliani seriously," Fetterman said. "Everyone knows how this movie is going to end. Like I said, it's just sad, you know, like weird pyramid scheme marketing thing at a ballroom at the Ramada. Like, this wasn't an official function of the Pennsylvania State Senate. I'm the president of the Pennsylvania State Senate. There was nothing official about this. This was simply just some weird rally in a hotel ballroom designed to spread more information because that's all it is, all they have is lies."

"They have had over three weeks now to come up with anything concrete and they haven't," he added. "Where's the voter fraud? Not one single case of voter fraud, aside from the two established cases in Pennsylvania which both involved Republicans trying to vote for Trump with their relatives, whether they were dead or living."

Fetterman took aim at Republicans in his state who are endangering their own legislative majorities by indulging Trump's fantasies.

"I understand there's elements in the Republican Party that need to pander to this, to this lunatic fringe death cult that is part of the Republican Party now," he said. "You know, I hope they had a good time at the White House. It's not going to change anything, so this idea that they have somehow uncovered any fraud or there was any fraud is absurd. The governor certified the presidential election results for Joe Biden, that can't be changed, and these down-ballot races, if they're not certified, we don't have a House or have our state Senate, and those are controlled by Republicans. So they're literally trying to make the argument that there was fraud with Joe Biden's race but my race, there was no fraud in that race. So there's absolutely no basis in reality, but that's never stopped them from lying."

"We have long past the point of turning our backs collectively on this, this yelling fire in a crowded theater when there is no fraud," Fetterman added. "It's absolutely a lie, it's not a dispute. It's an absolute lie designed to damage the American franchise, and in Pennsylvania it's not going to change anything because we all know that Joe Biden is the president-elect, no matter how many Amway conventions they have in hotel ballrooms across Pennsylvania."