Proud Boys member talks armed revolt outside Giuliani event: 'We're not going to stand back and stand by' 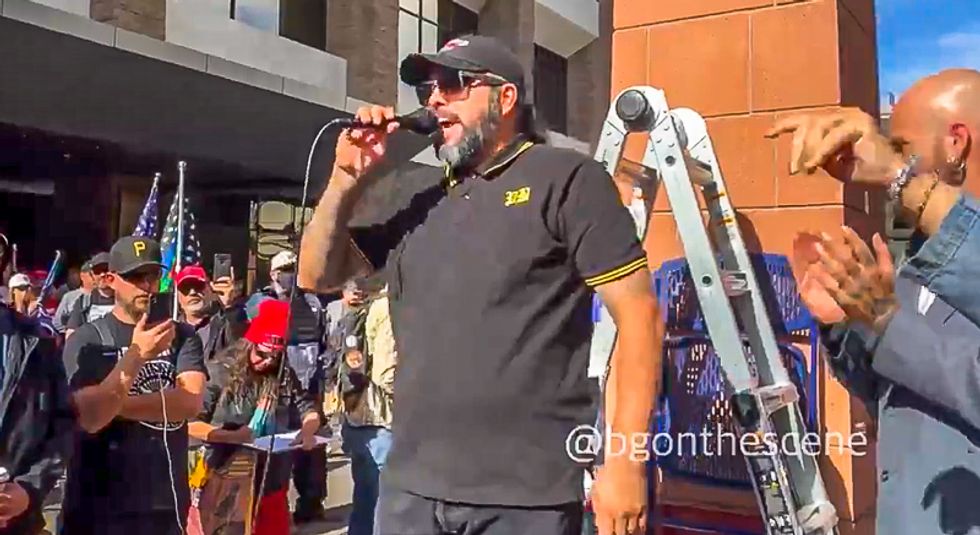 A member of the Proud Boys suggested on Monday that his group might stage an armed revolt if the current election results are allowed to stand.

The Proud Boys member spoke outside of an event in Phoenix, Arizona, where Rudy Giuliani was meeting with Republican lawmakers to dispute President Donald Trump's loss in the 2020 election.

"I'm not scared of COVID, I'm an American citizen!" the man exclaimed to the crowd. "At the moment, we're free. But the moment they start trying to take our Constitution is the moment the Second Amendment kicks in."

During a presidential debate in September, Trump had declined to denounce the Proud Boys or other white supremacist organizations.

"Stand back and stand by," the president told the group instead.