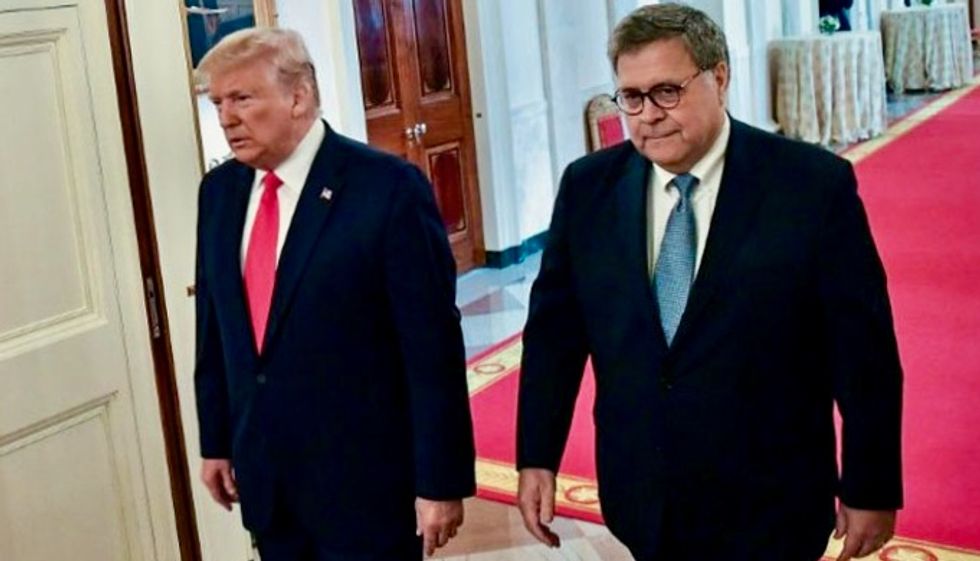 On Monday, The New York Times reported that Republicans are gearing up for an unprecedented legal challenge to the results of the presidential election — triggering outrage from voting rights attorneys.

"Both sides expect Mr. Trump and his allies to try again to disqualify late-arriving ballots in the emerging center of the legal fight, Pennsylvania, after the state’s high court rejected a previous attempt and the Supreme Court refused to hear an appeal," reported Jim Rutenberg, Michael Schmidt, Nick Corasaniti, and Peter Baker. "The scale of the Republican effort is beyond any that longtime civil rights lawyers said they could recall, and they, along with lawyers for the Democrats, said they were ready to meet Mr. Trump’s lawyers in court."

ACLU Voting Rights Project attorney Dale Ho told The Times, "This is the most blatant, open attempt at mass disenfranchisement of voters that I’ve ever witnessed."

One of the latest salvos was the effort by Republican officials and voters in Texas to disqualify 127,000 ballots in Houston that were cast with drive-through voting. Conservative state judges repeatedly rejected the challenge, and on Monday, a Republican-appointed federal judge also rebuffed it, although the GOP plans to appeal the decision.

According to the report, there is also concern that Trump's allies will pressure Attorney General William Barr to intervene.

"This summer, Mr. Barr made a string of exaggerated claims about the problems with mail-in voting and opened the door to sending in federal authorities to stop voter fraud threats," said the report. "Behind closed doors, the attorney general briefed Mr. Trump on incremental developments in minor voter fraud investigations. The president, the White House and his campaign then promoted the cases as evidence that mail-in voting was highly problematic. In the past couple of weeks, however, Mr. Barr and the Justice Department have gone quiet, leading to a new pressure campaign from conservative groups to aid Mr. Trump’s efforts to stop the counting of any mail-in ballots that arrive after Election Day."