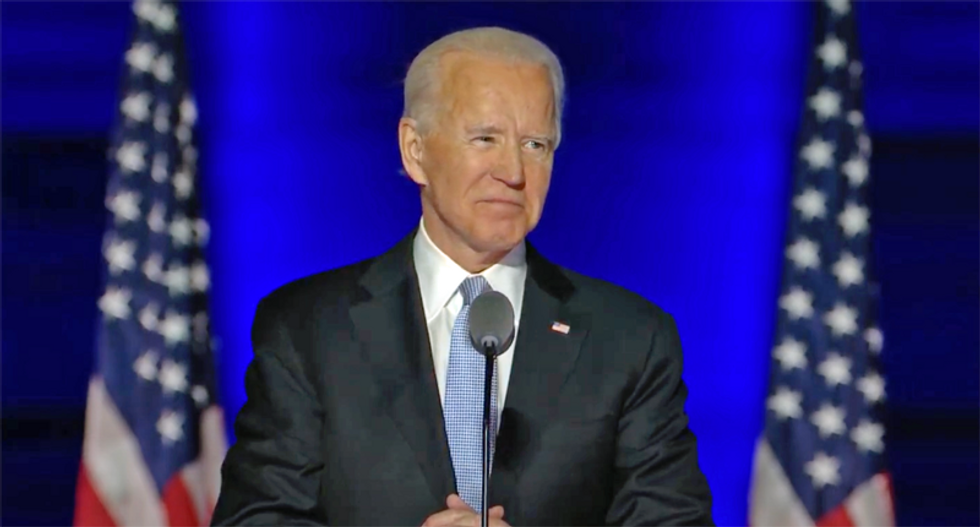 The president-elect will have far fewer vacancies to fill than Trump, who's had more than 200 judges and three Supreme Court nominees confirmed by the GOP majority, and Republicans are already signaling that will stop under Biden, reported Politico.

“The good news is that we’ve done a good job — and we’re not done, as you know — filling the vacancies that there are on the appellate courts to minimize the opportunity for more liberals on it,” said Sen. Kevin Cramer (R-ND).

Republicans have occasionally rejected Trump nominees for being insufficiently conservative, such as Halil “Sul” Ozerden of Mississippi, so it's hard to imagine them giving Biden much room to work.

“I imagine they’ll have a tough time just because I’m not going to vote for people who I think are, to use my words, ‘judicial imperialists,’” said Sen. Josh Hawley (R-MO), whose opposition helped sink Trump’s nominee to the 5th U.S. Circuit Court of Appeals. “But maybe he’ll surprise me if [Biden] is indeed the president, who knows, maybe he’ll send up nominees who are constitutionalists and textualists. I kind of doubt it.”

Senate Minority Whip Dick Durbin doesn't expect much Republican cooperation if they win one or both of the Georgia runoff elections in January.

“If the last two years of the Obama administration were any indication, they’ll freeze them out,” Durbin said. “Hope springs eternal but I believe in history.”