Steve Bannon calling for beheadings on Facebook ‘clearly did not cross the line’: CEO Mark Zuckerberg 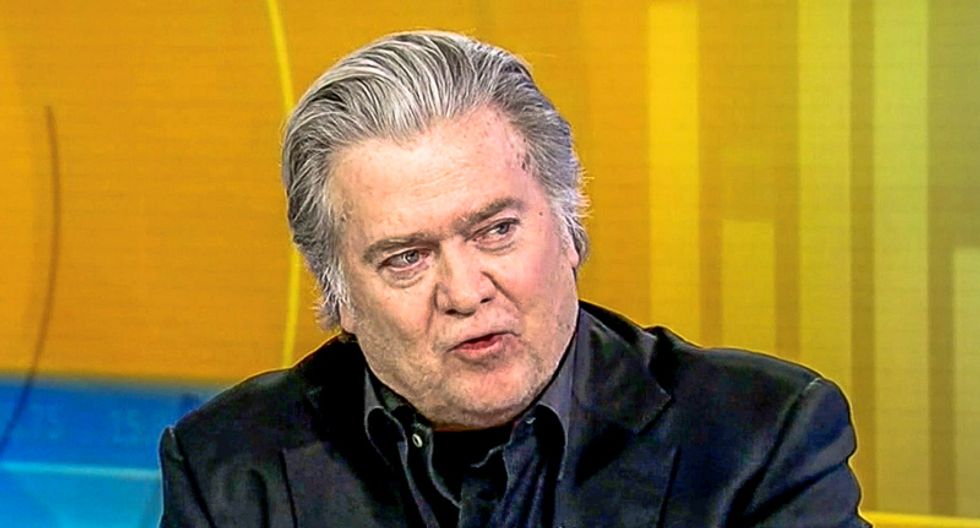 On Thursday, Reuters reported that Facebook CEO Mark Zuckerberg told staff that former Trump adviser Steve Bannon has not violated enough rules to be banned from the site.

“We have specific rules around how many times you need to violate certain policies before we will deactivate your account completely,” said Zuckerberg. “While the offenses here, I think, came close to crossing that line, they clearly did not cross the line.”

Bannon, who is currently facing criminal charges for his role in a scam fund to build a border wall that appears to have been funneled into his pocket, caused controversy when he posted a video calling for FBI Director Christopher Wray and COVID-19 task force expert Anthony Fauci to be beheaded. Facebook took down the video — and removed a set of Bannon-controlled pages spreading disinformation about the election — but left up Bannon's main page.