‘The election wasn’t stolen — he blew it’: Michigan Republican says Trump ‘did everything possible to lose’ 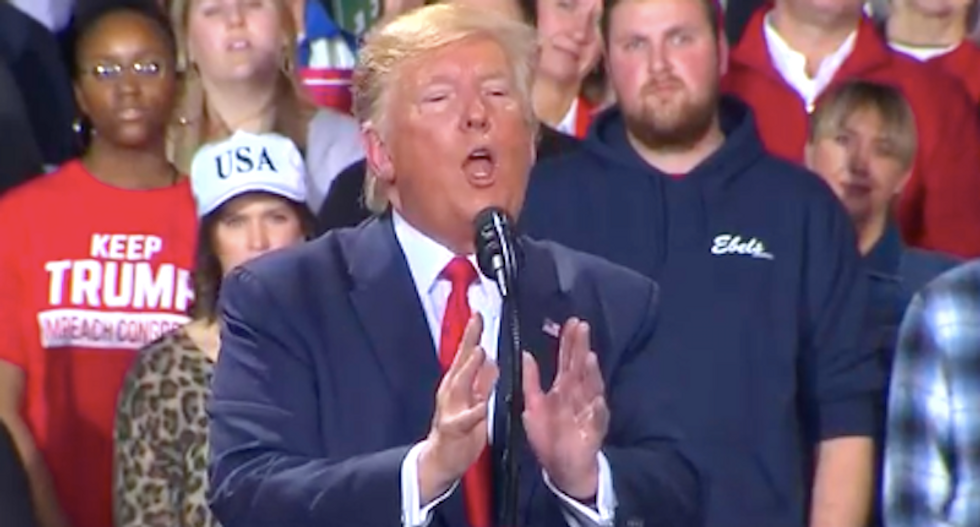 President Donald Trump insists the election was stolen from him in Michigan, but Republicans there haven't been willing to indulge his fantasy.

The president has zeroed in on the state, which he narrowly won in 2016, in his effort to overturn his election loss to Joe Biden by claiming widespread fraud and pressuring legislators to overrule the will of the voters, but few Republicans are buying in, reported Politico.

“We must not attempt to exercise power we simply don’t have,” said Aaron Van Langevelde, who sits on Michigan’s board of state canvassers, which was statutorily obligated to certify the election win by Joe Biden. “As John Adams once said, 'We are a government of laws, not men.' This board needs to adhere to that principle here today. This board must do its part to uphold the rule of law and comply with our legal duty to certify this election.”

The president bought into spurious claims that majority-GOP state legislators could appoint electors for him, and some of Michigan's highest-ranking Republicans felt obligated to accept his invitation to the White House as he floated that theory in public.

“The unfortunate reality within the party today is that Trump retains a hold that is forcing party leaders to continue down the path of executing his fantasy of overturning the outcome — at their own expense,” said Jason Cabel Roe, a Michigan-based GOP strategist. “Frankly, continuing to humor him merely excuses his role in this. The election wasn’t stolen, he blew it. Up until the final two weeks, he seemingly did everything possible to lose. Given how close it was, there is no one to blame but Trump.”

The president has pushed claims that Republicans were not allowed to watch the votes being counted in heavily Democratic areas, but the state's longtime elections administrator said the process went completely by the book.

Thomas said many Republican poll challengers had not gone through the proper training and were there for the wrong reasons.

“Reading these affidavits afterward from these Republican poll challengers, I was just amazed at how misunderstood the election process was to them,” Thomas said, chuckling. “The things they said were going on—it’s like ‘Yeah, that’s exactly what was going on. That’s what’s supposed to happen.’”

The president's legal challenges have been shot down in Michigan and elsewhere, and one of the legislators who accepted Trump's invitation to the White House accepted some of the blame for a process that has been exploited by partisans.

“There’s a lot we can learn in the state of Michigan, because the way we’ve handled this, it’s become a national embarrassment,” said House Speaker Lee Chatfield, who is limited from serving another term, “and one of the items where we should look at other states and see how they’ve done it well, is regarding the early processing of absentee ballots. We mishandled that this year. We should have allowed for early processing. We didn’t, and it became a spectacle. I think we can learn from that. It should be something the legislature fixes moving forward.”