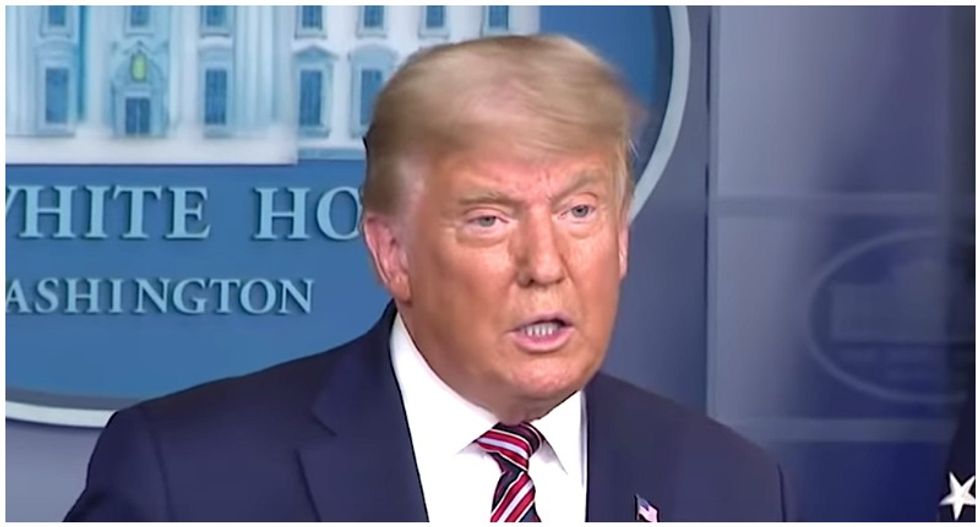 President Donald Trump tried to claim credit for the newly announced coronavirus vaccine, but social media users pointed out that his handling of the pandemic had only made the situation worse.

Moderna announced that it had developed a vaccine that was 94.5 percent effective, and Trump joined his daughter Ivanka in congratulating himself for the breakthrough.

"Another Vaccine just announced. This time by Moderna, 95% effective," Trump tweeted. "For those great 'historians', please remember that these great discoveries, which will end the China Plague, all took place on my watch!"

@realDonaldTrump You’ve ignored science from the beginning. You had nothing to do with this vaccine.
— Sarah Wood (@Sarah Wood) 1605537078.0

@realDonaldTrump As did the plague itself, made FAR worse than it needed to be by your refusal to look at the facts… https://t.co/xuwBUWuTDO
— Ben Stephens (@Ben Stephens) 1605536706.0

@realDonaldTrump Me me me me me....Historians also remember the tens of thousands who died... How many didn't have… https://t.co/9ScvlUzUHH
— Byron Ricketts (@Byron Ricketts) 1605536581.0

@realDonaldTrump And you know what’s even more effective until a vaccine can go to market? Wearing a mask and avoi… https://t.co/cLKI2sNPpt
— Kristina Wong ❄️ (@Kristina Wong ❄️) 1605536476.0

@realDonaldTrump More information will be provided during a press conference at the luxurious Tropicana https://t.co/yZPERIUfrA
— David E (@David E) 1605536421.0

@realDonaldTrump “And then I see the disinfectant, where it knocks it out in a minute. One minute. And is there a w… https://t.co/sZLGuGPHbK
— Patrick Nova (@Patrick Nova) 1605537442.0