Trump has used bullying to cultivate an illusion of winning -- but losing is a defining feature of his life: Biographer 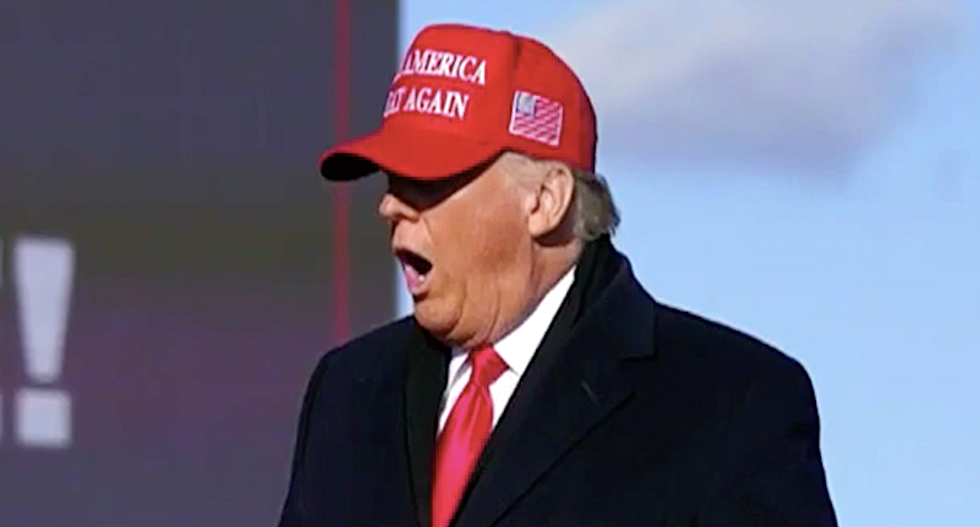 President Donald Trump is throwing an epic temper tantrum over his election loss, but one of his biographers said losing has been the defining feature of his life.

The president cultivates an image of winning, but journalist Tim O'Brien wrote a new Bloomberg column cataloguing some of the key moments in Trump's life where he got smacked down by the individuals and institutions he challenged.

"It’s worth recalling that none of Trump’s grotesque and damaging behavior of late was unexpected," O'Brien wrote. "He’s spent most of the year telegraphing his desire to stain the Constitution and stave off relinquishing the presidency. He labeled the electoral process fraudulent before the election even took place, and everything he’s done since has been in character: deploying a squad of incompetent, tragicomically bonkers stooges led by Rudy Giuliani, Jenna Ellis and Sidney Powell to challenge the legitimacy of the vote and continuing to threaten and corrupt the Republican Party so it enables his caudillo act."

"At the end of the day, Trump at his core is who Trump has always been — a vaudevillian bully," he added. "His history is also chock full of examples of people and institutions that not only stood up to him but batted him back after he puffed his chest and swung his fists."

It started in childhood, when Trump's parents shipped their self-described "brat" son off to military school, where teachers literally smacked him into submission, and continued through his business career and into his political life.

"There are more examples of the bully being thumped, just as there are myriad examples of Trump manipulating institutions and making end runs around the law," O'Brien wrote. "At the end of the day, however, Trump didn’t make the media crumble, the courts acquiesce, law enforcement look away or Democrats succumb. He has inflicted long-term damage on public trust and leadership, visibly rendered in the nation’s failed response to the COVID-19 pandemic, but he hasn’t managed to fashion a throne for himself despite his fascination with dictators, propaganda and blunt force."