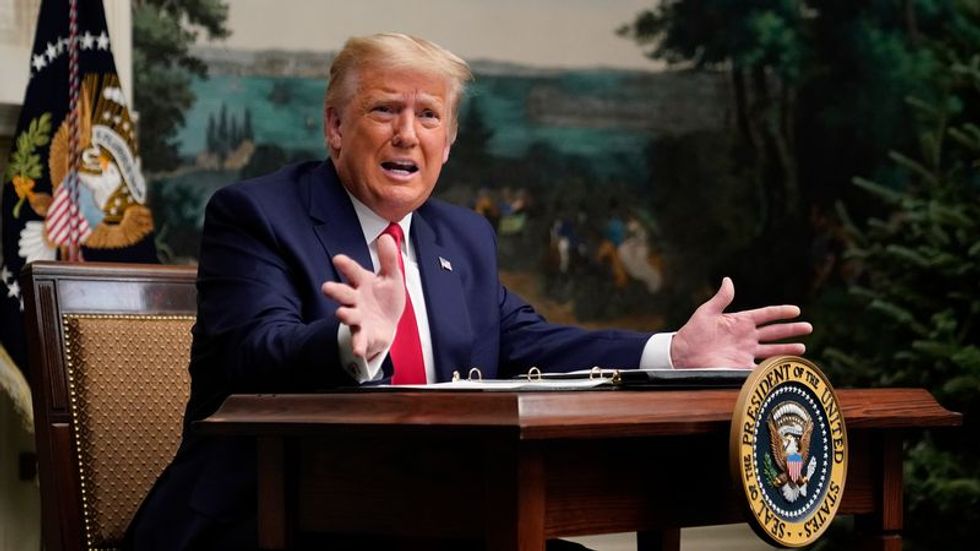 Appearing on CNN, Glasser said she was amazed that someone as image-conscious as Trump wouldn't realize how weak he appeared on Thanksgiving while ranting about voter from behind a puny desk.

"Yesterday's appearance underscored that there doesn't seem to be anyone around him who can, you know, give him unvarnished advice about what this looks like," she said. "The president has always prided himself on appearing to be strong, to be a tough guy. He's writing a new entry in the dictionary for 'sore loser.' This does not project strength, needless to say."

Glass then ripped Trump for once again undermining American democracy by making it sound as if the results of the 2020 election were still in question.

"It tells you a lot that the main headline news from that performance was the president saying he will leave the White House if he is voted out by the electoral college on December 14th," she said. "This is not supposed to be a suspenseful outcome, folks. You know, this is just supposed to be how American democracy works."