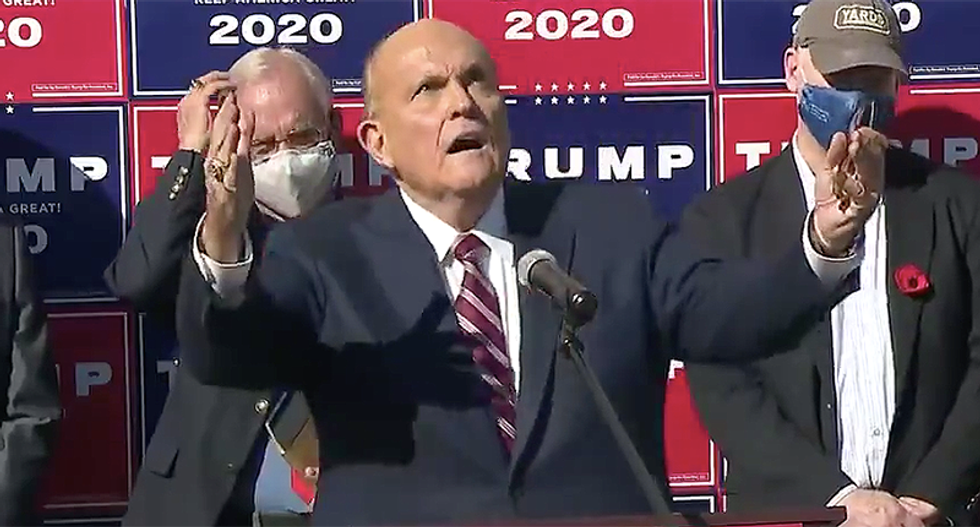 On Saturday, The Daily Beast reported that President Donald Trump's last-ditch legal challenge to block certification of votes in Pennsylvania has been roundly panned by legal experts.

"On Thursday night, with just four days remaining before both Michigan and Pennsylvania certify their results, Rudolph Giuliani and local lawyer Marc Scaringi dropped a wild new brief in the U.S. District Court for the Middle District of Pennsylvania," reported William Bredderman. "Probably the most audacious of the dozens of legal Hail Marys the campaign and Republican interests have hurled into the end zone since Election Night, the filing argues that the campaign’s constitutional rights have been violated and asks the judge to declare Trump the winner of the Keystone State’s 20 electoral college votes."

Charlies Fried, the former solicitor general for President Ronald Reagan, referred to this argument as "garbage" — and said that the entire case rests on the idea that election observers were prevented from "meaningful" observation of the count, meaning that they couldn't get as close to the tables as they wanted, which is not backed up by law. "There's no allegation here. It's just an unsubstantiated claim, which was thrown out in several courts,” he said. “And now they've gone to federal court. Why should the result be any different?”

And Penn State Harrisburg public policy professor Daniel Mallinson said, “It looks like Trump’s campaign has entered the last ditch effort here in Pennsylvania and it does not seem that it will have any impact on the outcome. This all seems like political theatrics now between Trump and Giuliani.”