‘Why is he afraid?’ CNN host calls out Donald Trump for hiding in White House while COVID rages 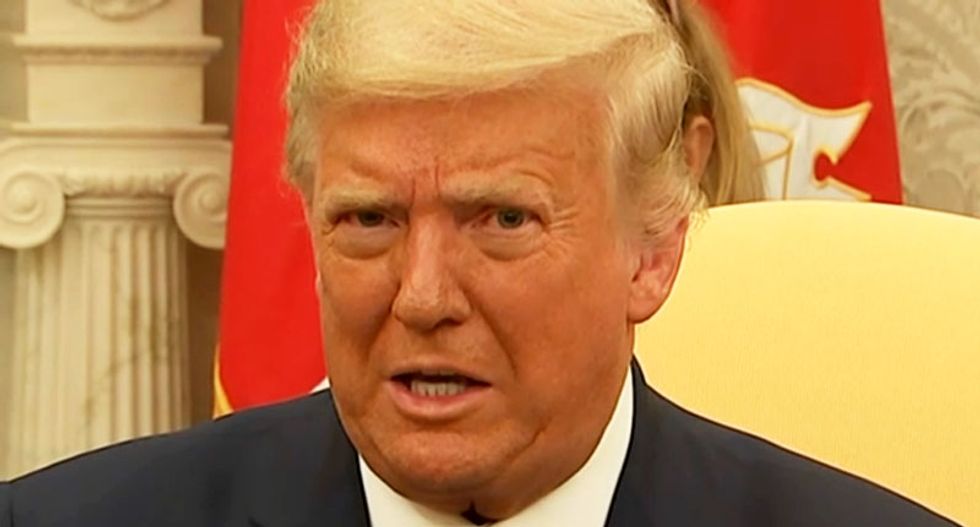 CNN's John Berman on Friday called out President Donald Trump for disappearing from the public eye even as the novel coronavirus pandemic rips through the country.

Despite the fact that both COVID-19 infections and hospitalizations have hit record highs this week, Trump has not once spoken publicly and was only seen once in public when he made a brief appearance at a Veterans Day ceremony on Wednesday.

"It's been eight days since we've heard the president say anything out loud!" Berman exclaimed. "Not a single word out loud for eight days! And in the time since we last heard the president's voice, 7,000 Americans have died from coronavirus, there's been nearly 920,000 new cases reported."

Berman found himself totally bewildered as to why Trump, who in the past has rushed to throw himself in front of TV cameras, has vanished at a time when the country needs some kind of leadership on a public health crisis.

"Why is he afraid to speak in public?" Berman asked. "It's been eight days since we've heard his voice. This is, I think, unprecedented."