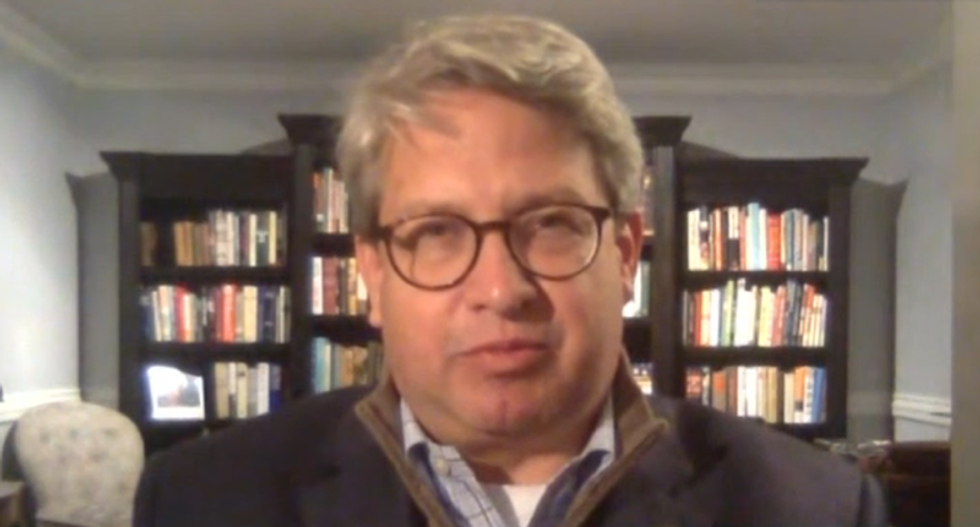 On Saturday, The Atlantic published an interview with Georgia voting-system implementation manager Gabe Sterling, a devoted conservative Republican who has attracted nationwide attention for defending the integrity of the election and attacking the pro-Trump protesters for besmirching and endangering the lives of election workers.

In the interview, Sterling — when asked about the viral speech of himself calling for the election protests to "stop," expressed his frustration with the inability of some Trump supporters to understand the basics of how Georgia carries out its elections.

"I was a lot more eloquent when I was angry, but I did say the words If you want a position of leadership, show some. And that seems to have resonated with a lot of people," said Sterling. "When I went up there, I had no clue what I was going to say. I’m never scripted."

"I found out about an hour earlier about the young man who had just taken a job as an election technician for Dominion," said Sterling. "And these crazy conspiracy-theorist guys took videos of him doing an innocent part of his job, of taking a report off an election-management computer and taking it over to a county computer. Because we’re notoriously cheap and we don’t want to pay for a license for Excel on the election-management computer, so you move it over to a county computer so you can read a report on the batch as a check and balance for the recount. And they said he’s manipulating votes, he’s changing things. We’ve got you! He’s committing treason."

A lot of the conspiracy theories about the election center on election hardware and software provided by Dominion Voting Software, which pro-Trump lawyer Sidney Powell has claimed was designed to be manipulated by the long-dead Venezuelan dictator Hugo Chavez. Even though precincts that use Dominion machines overwhelmingly voted for Trump, and even though a hand recount of the paper ballots show the Dominion count was accurate, the false narrative persists.