Kellyanne Conway reportedly signs tell-all book deal: 'She's got some of us quaking in our boots' 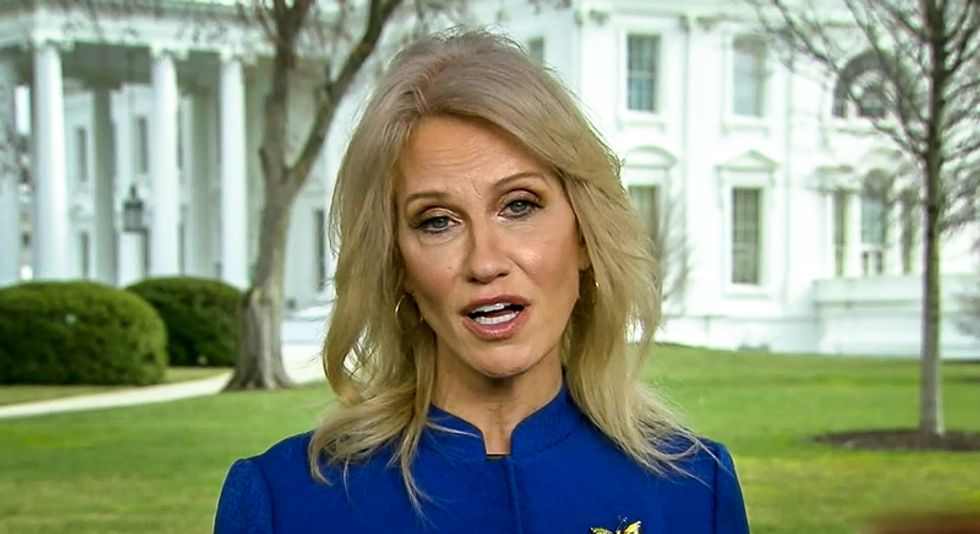 Kellyanne Conway has reportedly agreed to a book deal that would pay her millions of dollars to write about her time in the White House.

The former senior adviser to President Donald Trump is believed to have fetched more than the $2 million paid to former national security adviser John Bolton for his own tell-all book, reported The Daily Mail.

"Of all the White House insiders, Kellyanne is going to write the most unvarnished, eye-popping account of her time working for the president," an anonymous insider told the tabloid. "She's got some of us quaking in our boots."

Conway, whose husband George Conway has been an outspoken Trump critic despite her service in the White House, has remained publicly loyal even after stepping away for family reasons.