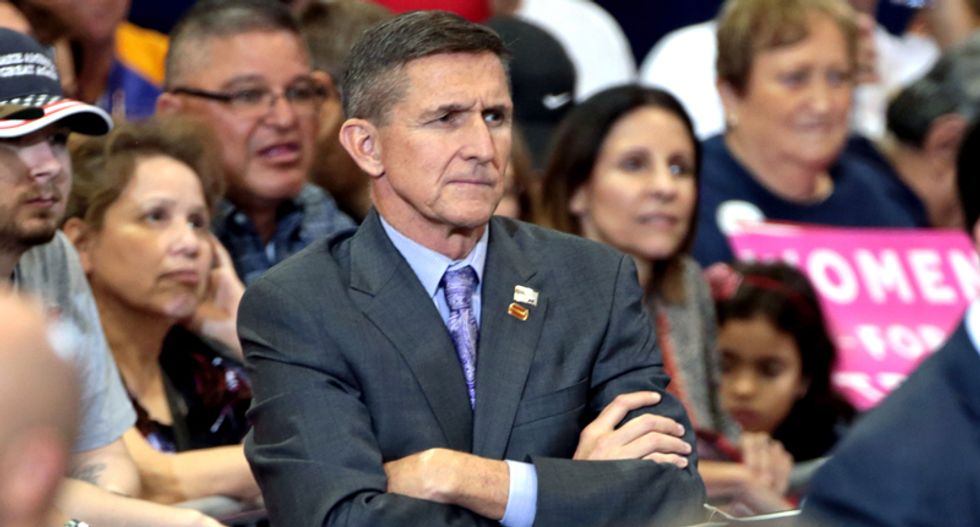 Recently pardoned Michael Flynn is urging President Donald Trump to "suspend the Constitution" and declare martial law in an effort to overturn his election loss to Joe Biden.

The retired U.S. Army general tweeted out a link to a post calling for the suspension of constitutional law and a new election overseen by the military to ensure Trump remains in office, despite losing the Electoral College 306-232 and the popular vote by more than 6 million.

"It is our exclusive right to elect our president and that sacred right has been infringed by the massive, planned, illegal election fraud conducted by corrupt Democrat/Socialist Party operatives across our nation to steal our vote," wrote Tom Zawistowski, the head of the Portage County, Ohio, Tea Party and the right-wing We the People Convention.

Attorney General William Barr has joined with election officials all over the country to state that no evidence of widespread voter fraud has been found that would change the outcome of last month's presidential election.

The non-profit We the People Convention took out a full-page ad in the Washington Times calling on Trump to declare martial law to prevent a "shooting civil war," which Zawistowski blames on his political opponents, although he warned that Americans were buying firearms at record pace because gun owners are "looking to defend themselves, their property and their rights."

Amanda Suffecool, chair of the Portage County Republican Party, told the Akron Beacon Journal she had not seen Zawistowski's ad but agreed that Trump had a right to file challenges to ensure "legal" votes were counted.

Flynn twice pleaded guilty to a charge of lying to the F.B.I. about his conversations with the Russian ambassador during the Trump presidential transition in 2016.

Pro-Trump attorney Lin Wood also tweeted out a link to the post from the We The People Convention.