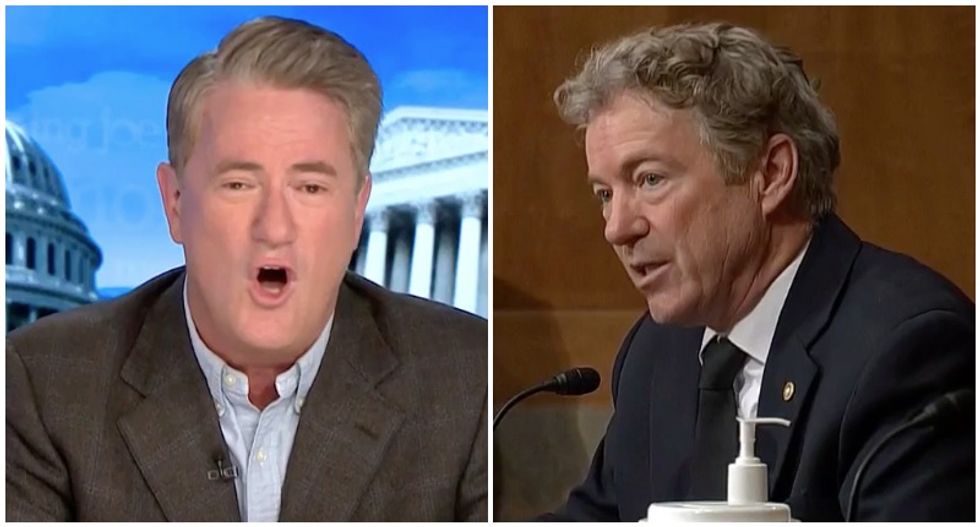 The Kentucky Republican claimed during a committee hearing that "in many ways the election was stolen," although he offered no proof, and the "Morning Joe" host was disgusted.

"People who defended Trump day in and day out, despite the fact that Donald Trump did all the things he did over the past four years, which I won't get into," Scarborough added. "The federal courts, even those people that were the strongest anti-anti-Trump voices on the hard nationalist Trumpist right have read the court proceedings. They have read what federal judges have said, which is you have given me no facts, no facts from which we can provide relief. No facts to back up Donald Trump's tweets that there was widespread voter fraud. In fact, Andy McCarthy with National Review, a guy who's defended Trump every step of the way through all of his dealings with Russia, even he brought up the fact that in a Wisconsin federal court, in front of a Trump-appointed judge, they had the opportunity to present facts, they had the opportunity to call witnesses. This is [Sen.] Ron Johnson -- they had the opportunity to introduce documents to prove not widespread voter fraud, just fraud, any fraud. Do you know what they chose to do? Nothing. They said, you know what, we agree with [Joe] Biden's statement here. We'll stipulate to the facts."